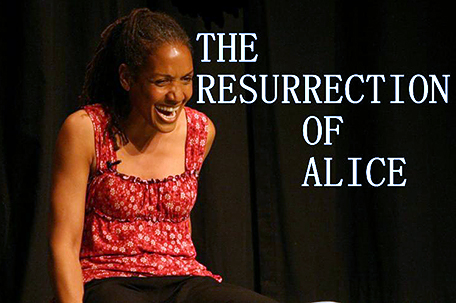 Doing an interview with actress Perri Gaffney is similar to the feeling you get after drinking an espresso — you find yourself bubbling over with excited energy, buzzing around, eager to perform any given task.  Gaffney speaks with an abundance of enthusiasm and experience, making her amiable disposition so refreshing on a rainy Inauguration day.  Always having a fondness for acting, she pursued her talent full-time after a corporate career.  You can catch her in The Philadelphia Theatre Company’s production of Having Our Say: The Delaney Sisters’ First 100 Years, now through February 19th at the Suzanne Roberts Theatre on Broad and Lombard Streets.

The play, adapted by Emily Mann, was based on the book of the same title co-written by the Delaney sisters and Amy Hearth in 1994 and tells the story of their lives as 100+ year old women reminiscing about their beloved father’s legacy on his birthday.  The daughters of a former slave, they grew up in a segregated South, but did not let that stop them as they went on to lead fascinating lives.  This show comes right on time for Black History Month.

Gaffney plays 103-year old Sadie, the eldest of the two sisters.  Having two sisters herself, she can relate to the story as she remembered a time her family took a roadtrip down South in the 60s for the summer, where she experienced segregation firsthand.  “When we got back, I was in the second grade and the teacher asked what we did over the summer to break the ice…and I said, ‘we went down South, and you know what, there’s something down there called a n*****,’ and the class started to laugh and I said ‘there is, there is, they got signs and everything.  We didn’t see any while we were down there, but if you ever go down South, watch out for the n******!’”  On this same trip, she witnessed her mother asking restauranteurs why they weren’t being served and her father drink from a White-only fountain, similar to the Delaney sisters’ experience seeing these signs go up for the first time.

Strong themes throughout the play are food, faith, and family, so I had fun asking Gaffney about her favorite foods and acting experience.  Her biggest table manner pet peeve is someone smacking when they eat as it turns her stomach, and when asked about desserts, she is a diehard for sweet potato pie, ‘if it’s done right.  You can look at it and tell when it’s done right.’  The five people she would host at a dinner party would be: Jesus, Dick Gregory, Harriet Tubman, and the Obamas with the Prophet Mohammed being an honorable mention.  Incubus by Calvin Wilkes is her favorite play although it was written as a dissertation and is unknown but her favorite known play is Hamilton.

Having a thirst for acting early on by watching Shirley Temple and thinking she had no talent whatsoever, her first play was one she had written in the third grade about scientist George Washington Carver. The original assignment was a paper.  Breaking the mold, she wrote and narrated her play about Carver getting the idea of a play format from The Little Rascals, who often performed plays for each other.  Since then, her career has led her to doing voiceovers for commercials, being in TV shows such as “Law and Order” and “As the World Turns,” and performing in productions across the country, gaining her numerous awards including most recently best actress for “The Resurrection of Alice” from the Black Theatre Arts Alliance and African American Arts Alliance Chicago.  She played Rose in a production of August Wilson’s “Fences,” and enjoyed it greatly due in part to fellow actor Jasper McGruder’s professional harmonica skills.  She would love to play Aunt Ester Tyler in August Wilson’s “Gem of the Ocean.”

In preparation for the play, Gaffney memorizes her lines by typing them out, which is a pretty decent method to retain the information.  If you want to witness the results of her method and feel her energy live, watch her and Cherene Snow as Dr. Bethany Delaney in “Having Our Say: The Delaney Sisters’ First 100 Years.” It is a story rich with history and love.

Having Our Say—Centennials Have Never Been So Uncut!