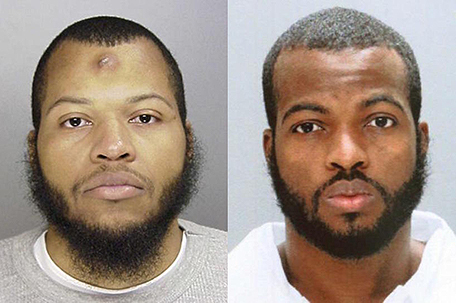 Two brothers pleaded guilty on Monday to killing a Philadelphia police officer during a robbery and were sentenced to life in prison as part of deal that spared them the death penalty, angering the police union and some of the victim’s family members.

Brothers Carlton Hipps, 32, and Ramone Williams, 28, were sentenced to life in prison with no parole plus 50 to 100 years in the fatal shooting of Sgt. Robert Wilson III. Wilson’s family was divided on wanting to seek the death penalty in the case, according to Philadelphia District Attorney Larry Krasner, who made the decision to offer the plea deal in exchange for the men giving up their right to appeals.

Krasner said the mothers of Wilson’s children did not want to put them through reliving the trauma of their father’s death with every trial and appeal. He said those family members have been the subject of physical intimidation, verbal abuse, harassing phone calls and other intimidation, adding that he called Philadelphia’s police commissioner to ask him to address the harassment.

Krasner declined to say who had been harassing the parents of Wilson’s children, but said, “If things get bad enough, I may have to take legal action.” 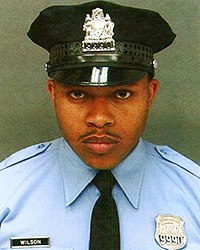 Wilson was at a GameStop store in March 2015, while on duty, buying a video game for one of his children when the brothers entered with plans to rob the store. Wilson drew their fire in an attempt to get the other customers out of the store safely.

Wilson’s sister and grandmother said they did not find out until late Friday that the plea deal was going to go before a judge early Monday. They had both supported seeking the death penalty as had the city’s Fraternal Order of Police.

They were among those who gave testimony at the hearing Monday opposing the plea agreement.

Krasner said unlike previous administrations, he had sat down personally with Wilson’s family earlier this year to discuss possible outcomes.

Krasner had pledged as part of his campaign last year for the office that he would not automatically seek the death penalty in capital murder cases. His office has set up a panel that reviews homicides and makes a recommendation to Krasner, who ultimately decides whether to seek the death penalty.

Democratic Gov. Tom Wolf imposed a moratorium on executions shortly after taking office in 2015, pending the results of a long-awaited death penalty study that was issued Monday. Wolf did not issue an immediate statement regarding the report, its findings or whether he would lift the moratorium.

Pennsylvania has executed three people since the state resumed use of the death penalty in 1978, all three inmates in the 1990s who had given up pursuing appeals.