A point of light 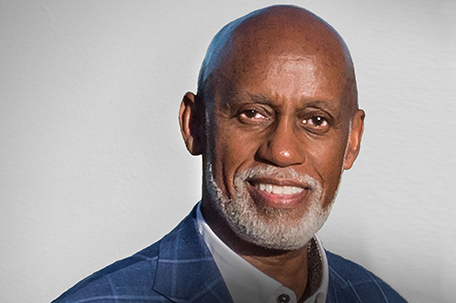 From Philadelphia’s Juneteenth Celebration to helping businesses learn how to make their voices heard in the urban marketplace, Gary Shepherd is using his experiences in radio to be a point of light for the City of Philadelphia.

On June 19, Malcolm X Park at 52nd and Parkside in West Philadelphia will be the scene of a celebration of emancipation.

People from all over Philadelphia will be coming to Malcolm X Park to commemorate Juneteenth, the day in 1865 when slaves in Texas were finally notified that the Civil War was over, the North won, and they were free.

They will also be watching as floats, bands, dancers, and revelers march down the street in celebration as part of the annual Juneteenth parade.

As the participants go by, Gary Shepherd will be providing the color commentary of the revelry on 6ABC. Shepherd’s company, 3rd Floor Media, consults with the Philadelphia Juneteenth Initiative, the hosts of the Juneteenth festival and parade.

For those of us who are longtime Philadelphia radio listeners, Shepherd is a familiar voice that we’ve listened to and enjoyed for a long time. Through 3rd Floor, he’s able to use the skills he learned to benefit people around the country who are trying to enter the urban market.

Shepherd also helps people who are trying to distinguish themselves as a brand. One of the first ways to undertake this process is through knowing yourself. And, as he found out recently, knowing yourself and doing what you’ve always done can provide a benefit to your community.

“I was just shown how important this is very recently. I was just recognized by the Points of Light Foundation as a Daily Point of Light,” he said. “That foundation recognizes people for their volunteerism and the things they do in terms of helping to uplift their communities. I was just doing the kinds of things that I’ve been raised to do.”

The SUN sat down with Shepherd and talked about his life, 3rd Floor Media, and why the best branding starts with knowing yourself.

SUN: Thanks a lot for taking the time with me today, Mr. Shepherd. Most of us know you from listening to you on the radio. I know that you have a communications company now, but are you still connected to radio?

GS: Third Floor Media is an advertising agency. We specialize in advertising, production, and consulting, and work with radio and television stations across the country. We have our own in-house audio production studio with a voiceover booth, and we have our own in-house video editing bay, where we will go out on location with my cinematographers, videographers, and photographers, capture those images, and bring it back into the studio and produce video projects. In addition, we have people who specialize in graphic design as well.

We’ve worked with radio stations in Atlanta, Charlotte, Baltimore, DC, Philadelphia and New York City; Syracuse, New York; Memphis, Tennessee; Houston, Texas; Los Angeles since I’ve been in this business. So, I still do radio in that respect.

SUN: How did you get started in radio and how has your experience as a radio personality impacted what you do now?

GS: On the radio, I was on the talent side. My background is that I’m a musician. I started out playing percussion and drums way back in what we would call junior high school back then. I was playing drums and singing with a group in high school and one of our managers was a DJ, which is what we called a radio personality back then, and that introduced me to radio.

I started in Kalamazoo, Michigan, where I went to school at Western Michigan University. I started there [by] doing a shift. As an intern, it was a non-paid shift on the campus radio station from nine to 11, on Tuesday and Thursday mornings. So, I’m thinking, ‘Wow, I’m on the radio here.’

Having been on the air for as many years as I was, that helped to create the “Gary Shepherd” brand, if you will. And that has helped to open doors when I decided to go on this side, meaning on the revenue side.  I was being sold at the time as a talent on the air by the sales department of radio stations. That helped me to learn the business from the inside out — from the talent side and from the management side.

SUN: It’s funny that you mention that the people you work with get the “Gary Shepherd” brand. Branding yourself is something we talk about a lot these days. What kind of advice would you give someone looking to do that for themselves?

GS: When you talk about branding yourself, you look at the life you live and your philosophy on life. And then, through networking and being involved with different organizations, you begin to develop a brand in my opinion.

GS: I grew up in a suburb of Detroit called Inkster, Michigan. Inkster is the home of a Motown group called the Marvelettes. I don’t know if you’re familiar with them or not, but they did “Please Mr. Postman” and “Too Many Fish In The Sea.” We were raised, and live the African proverb, “It takes a village to raise a child,” which meant that all of us, all the families, looked out for each other. You know, if you were doing something you weren’t supposed to be doing as a child, if a neighbor saw you, they were able to reprimand you, and report that to your parents who reprimanded you. So, we grew up making sure we took care of each other. It was a community that came together. That stuck with me, because my parents did that, and they taught us that as their children. I was fortunate enough to have a job in radio on different radio stations that I worked in that allowed me to be in the community.

SUN: What are some of the agencies you work with?

GS: We consult with different companies. For example, we’re consulting with the Philadelphia Foundation. We’re working on a big project with them right now called the Civic 50, which is also associated with the Points of Light. We consult with K-12 by Elior, which provides meals to the School District of Philadelphia. They also provide meals for the Parks and Recreation and the Archdiocese of Philadelphia. We consult with 6ABC on anything and everything as it relates to the African American community. We just signed a two-year extension for that.

SUN: Now, do you ever work with politicians on political ads, or is that something you try to avoid?

GS: No, we’ve worked with politicians in the past. In fact, when [former Mayor] Michael Nutter was running for his reelection, he allowed us at Third Floor Media to do all the production for his radio spots. In fact, I have pictures of him in the studio, which was on the third floor of my house at the time.

SUN: I was wondering where the name of your company came from. If someone wanted to do what you do, how would they get started, and what advice would you give them?

GS: Well, in order to get started, first of all, you have to kind of be around the atmosphere where the kind of business that you’re looking for occurs. And there are several ways to do this. There are internships. We have interns that we’ve used until, obviously, until the pandemic came around. Things are opening up a little bit more now, so there continues to be networking opportunities.

There also are seminars online. You can do a search about seminars and the same question that you asked me, you could ask that online, and you could probably get several different ways of how people got into this industry and what they’re doing because, as I said, everybody has their own unique story as to how they got involved in media.

SUN: Thank you so much for your time, Mr. Shepherd. We really appreciate it.