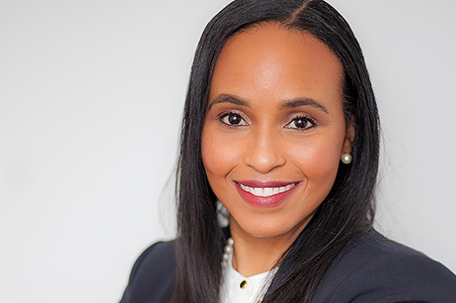 Should she become only the second African American woman to sit on the Montgomery County Court of Common Pleas, Nicole Phillips hopes to serve as a guide to what’s possible.

Back in 2011, the Hon. Cheryl L. Austin made history by becoming the first African American woman to win election to a 10-year-term on Montgomery County’s Court of Common Pleas.

Nicole Phillips is hoping that history can repeat itself.

Phillips is running for a seat on the Court of Common Pleas in the primary. Since Austin isn’t running for another term on the Court, she would be the only African American woman on the bench should she win.

She recognizes that those are large shoes to fill, Phillips said, but she’s prepared for the challenge.

“I want to continue [Austin’s] legacy,” Phillips said. “It’s a very humbling proposition to be a judge for me. I was taught by my family, particularly my grandfather who was a community leader and activist in his hometown in Tennessee that true leadership is servant leadership. We never talked about the amount of money I could make when it came to my law degree, we talked about impact. I would be humbled if tasked with the responsibility of making an impact in people’s lives.”

Phillips is currently a partner at the law firm of Montgomery McCracken Walker and Rhodes. After finishing her undergraduate studies at Spellman College in Atlanta and the Northeastern University School of Law in Boston, Phillips came to the Philadelphia District Attorney’s office in 2001, first as an intern, then as an assistant district attorney. From there, she also worked as an Assistant U.S. Attorney for the Eastern District in the Criminal Division.

What made her decide to run for judge was a desire to bring all of those experiences together in the name of public service, Phillips said.

“I’m at the point in my career where I’ve developed a skill set,” she said. “My heart is in public service and I think that the next level for that is being on the bench.”

Phillips’s campaign is focused on the pillars of justice, fairness, equality and integrity. She hopes to use her experiences as a Black woman and the mother of Black sons to the bench not in a biased way, but in a way that allows her to showcase those pillars.

As a woman on the bench in general, and Black woman in particular, Phillips believes that her presence will serve as a guidepost to the young people of Montgomery County.