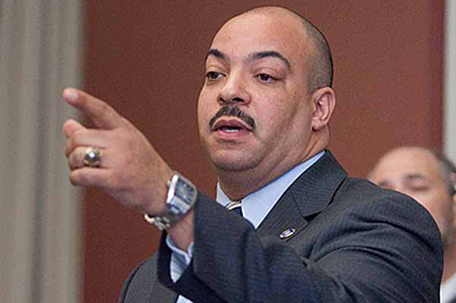 Last week, District Attorney Seth Williams took the unusual step of officially announcing that an Investigating Grand Jury will be looking into allegations that several Philadelphia legislators accepted gifts and money in exchange for political favors and votes.

“I have concluded that there is only one way to get to the bottom of this case,” stated District Attorney Seth Williams, “and that is to use the tool that has served for centuries to expose criminal behavior whether in the public or private sector – the Investigative Grand Jury.”

“The grand jury process has withstood the test of time because it works. I believe there are two factors in particular that have created that success,” the District Attorney continued.

“First, the grand jury brings together three independent players who must cooperate with each other. The district attorney exercises discretion to call for a grand jury, to present evidence to it, and to direct any prosecution that may arise from the process. The supervising judge closely monitors each aspect of the proceedings, making crucial legal decisions about the scope of the grand jury’s powers. And the grand jurors themselves hear and evaluate all the evidence, and make the ultimate recommendation about which, if any, charges to bring, and what, if any, facts to report to the public. Some like to say that any decent prosecutor can get a grand jury to do whatever he wants. Those people haven’t met many Philadelphia jurors. Or judges.”

“The second important factor in the grand jury process is secrecy. Not just “I promise I won’t tell.” But an explicit requirement of law, backed up by the power of imprisonment, that prohibits anyone from revealing anything outside of the grand jury process unless and until the supervising judge authorizes it. It’s that guarantee of secrecy that arms the grand jury with a unique ability to get to the truth. And it’s that guarantee of secrecy that protects grand jury subjects from whispers and rumors before an appropriate legal determination has been made.”

“Now normally, I would not even state publicly that a case has been submitted to the grand jury. But because of the unusually high profile of this case, I thought it was essential for the public to understand that I won’t allow it to just disappear, without accountability. There will be an appropriate legal process. From this point forward, however, that process will occur under the protection of grand jury secrecy law.”

“At that time, there will be a number of possible outcomes. The grand jurors may decide to issue a presentment recommending a criminal charge, or some combination of criminal charges, against one or more subjects of the investigation. They may also choose to issue a report to the public with an accounting of the evidence they have heard, and perhaps with recommendations for official action. Those decisions will become fully public at the appropriate time. And that will not be an unreasonably long time from now. While it’s impossible to make any promises about the length of this investigation, it will be handled promptly. We’re talking months, not years.”

“I realize that there may be other agencies, including the state legislature, with an interest in conducting inquiries into this matter. I am confident that they will cooperate with us by allowing the grand jury process to go forward without interference or competition.”