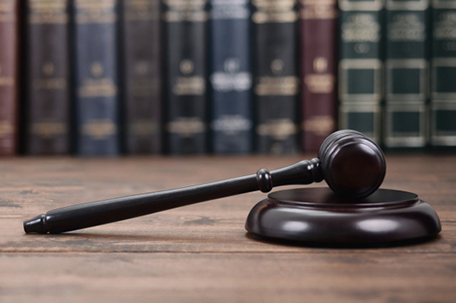 On Tuesday, amid the backdrop of legislative challenges to voter access, a gun violence and health pandemic, and nationwide calls for police reform and gun rights, citizens of the Commonwealth selected the slate of appellate court judicial candidates that they feel are best equipped to meet these historic challenges.

In addition to the statewide contests, Philadelphians also selected local candidates for its Court of Common Pleas and Municipal Court.

In the four-way race for the three openings on Philadelphia Municipal Court, attorneys Michael Lambert and Greg Yorgey-Girdy — both people of color — and Family Court Judge George Twardy were the top three vote getters, followed by attorney Barbara Thompson, who finished in fourth place with a respectable 21.16% of the total vote.

According to pacourts.gov., dating back to 1684, the Supreme Court is the highest court in the Commonwealth and the oldest appellate court in the nation. It is also known as Pennsylvania’s court of last resort.

The court recently gained national and international attention during the 2020 presidential campaign as it heard and decided upon several election-related appeals such as those surrounding mail in ballots.

In lieu of the retirement of Justice Thomas Saylor, three Republicans ran In Tuesday’s primary election to become his successor. Saylor’s retirement leave means that only one Republican justice will serve alongside five Democratic colleagues.

In the race for Superior Court, which hears civil and criminal appeals from county courts, Philadelphia Common Pleas Court Judge Timika Lane — who made a conscious effort to engage in all of Pennsylvania’s counties during the primary election — bested two Pittsburgh private practice lawyers, Patricia McCullough and Bryan Neft.

Should Lane go on to win the general election later this year, she will be the second African American judge to serve in Pennsylvania’s current appellate court system, alongside Judge Carolyn Nichols, who has served on the Commonwealth Court since 2018.

This distinction is extremely important to Lane.

“Representation matters, and having our voices heard matters,” Lane told the SUN on Tuesday. “I’m not just running for me; I’m running for all of us.”

Judges have such an impact on people’s lives; 70% of the 8,000 cases heard in Superior Court last year were criminal cases, which affect Black and brown communities disproportionately, she said.

“We saw what happened with democracy — we saw repeated attacks, and of course, we saw people crying out in the streets about judges,” Lane said. “But in Pennsylvania, we elect our judges. So that’s why it’s so important that you go out and vote, and make sure that the judge you vote for is best representing you and your values.”

According to pacourts.us, Pennsylvania’s Commonwealth Court is primarily responsible for matters involving state and local governments and regulatory agencies. It also acts as a trial court when lawsuits are filed by or against the Commonwealth.

Although results as of press time were still considered unofficial, it appears that Dumas and Court of Common Pleas Judge David Lee Spurgeon of Allegheny County bested Thomas Street and Green Hawkins in the race.

Political races are at best like any contest — there are definitive winners and losers.

However, in a current climate marred by disinformation, blurred lines and relentless attempts at voter disenfranchisement, it is more important than ever for voters to stay focused, vigilant and engaged in the process — especially voters of color and other targeted demographics.

This is true even if your candidate did not win — perhaps even more so.

Former candidate Terri Booker — an attorney and millennial who as of press time received a respectable 4.92% of the total vote — believes that even though voting in primary elections in Democratic cities is crucial because they basically decide the final outcome in November, it is imperative for voters to remain involved in the process. It is also important for all candidates — both young and old — to continue running for office, regardless of naysayers or unsuccessful races.

“I believe that a lot of the time, people are counted out because of their age, on one [side] of the scale or another, [with people] saying, ‘oh, you’re too young’ or ‘you’re too old’,” she said. “You’ve got to give people the opportunity; look past the age and see what their plan and purpose is.”

Although he also lost the race, Philadelphia Court of Common Pleas Judge Mark J. Moore — who was nominated to that court by Gov. Tom Wolf in 2020 — also performed well, receiving 5.66% of the total vote as of press time. He told the SUN on Tuesday that should he not win, he plans to stay involved in the community and run again when the time comes.

Moore feels that it is important for voters to stay involved in the process, particularly in light of recent developments.

“Whoever you vote for — whether it be for a judge or state legislator — don’t just think that you have to vote on a national level for it to make a difference,” he said. “All politics are local. … don’t stop voting; always exercise your right [to vote], because you see what they’re trying to do in Harrisburg. The Republicans are trying to take your vote away, plain and simple.”

The winning candidates have advanced to the 2021 general election in November.