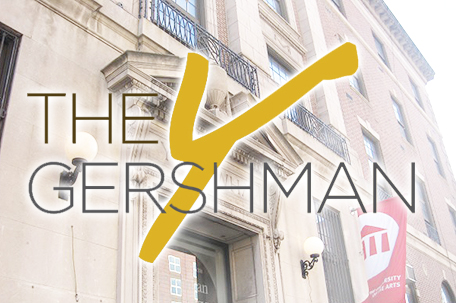 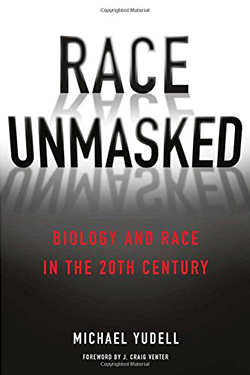 The Gershman Y celebrates Black History Month with Dream Interrupted: Race In America Then & Now on Tuesday, February 16 at 7:30 PM at the Gershman Y (Broad and Pine Streets).  The evening will feature a frank discussion on the current state of race relations in America and what the future holds, with four distinguished panelists from the religious, academic, legal, and broadcast journalism spheres: the Rev. Mark Kelly Tyler, Mother Bethel AME Church; Michael Yudell, author of “Race Unmasked: Biology and Race in the 20th Century”; Debra Lawrence, Regional Attorney for the Philadelphia District of the U.S. Equal Employment Opportunity Commission (EEOC); and the Rev. Nick Taliaferro, host of The Nick Taliaferro Show on 900AM-WURD.

Half a century after the landmark Civil Rights Act of 1964 and in the last year of a two-term African-American president’s administration, racism continues across the country in various forms, as demonstrated most visibly but not exclusively by numerous police shootings of young African-Americans. This evening explores how far we have come as a society and where we may be headed.  Admission is free, but registration is required by visiting GershmanY.org or calling 215-545-4400. 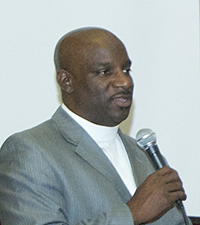 The Rev. Mark Kelly Tyler has been in full-time pastoral ministry in the African Methodist Episcopal Church since 1984, working in congregations across the country.  He currently serves as the pastor of Mother Bethel African Methodist Episcopal Church in Philadelphia.  His ministry has also led him into the work of organizing for social justice and civil rights.  As a member of POWER (Philadelphians Organized to Witness, Empower, and Rebuild), he serves as the co-chair of the Clergy Caucus.  Rev. Tyler has also been active in the world of theological education, currently serving as a Fully Affiliated Faculty Member at the Methodist Theological Seminary in Ohio; a member of the Adjunct Faculty at Payne Theological Seminary, where he was the past Director of Church Relations and Alumni Affairs; and a past Adjunct Professor at New Brunswick Theological Seminary, where he was also the past Director of Church Vocations. 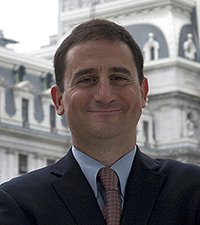 Michael Yudell, PhD, directs Drexel University’s Program in Public Health Ethics and History.  He writes a blog, “The Public Health,” for The Philadelphia Inquirer, and has published two books about the genomic revolution.  Prior to joining Drexel in 2004, Yudell held the position of researcher in the Molecular Laboratories at the American Museum of Natural History, New York, where his work focused on genome policy and ethics, and the position of Health Policy Analyst at the National Institute of Environmental Health Sciences, Research Triangle Park, North Carolina, where he worked closely with the Institute’s ethicist and deputy director on human genome project policy.  Yudell’s work seeks to document historically stigmatized populations, the challenges they face in public health and medicine, and how this history impacts contemporary health challenges. 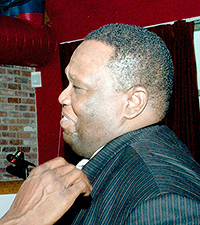 The Rev. Nick Taliaferro, long-time host of “The Nick Taliaferro Show,” has had a multi-faceted career in the political, religious, and media spheres.  As a Philadelphia city administrator, he created the new offices within the governmental structure for Faith Based Initiatives and Prison Re-entry, and was also the Executive Director of the Philadelphia Commission on Human Relations.  As an ordained minister, he has served as a senior pastor for over 20 years in several different churches. Rev. Taliaferro’s daily talk show boasts a loyal listenership that tunes in for his humor, intelligence, and spiritual substance.

The Gershman Y is a vibrant arts and culture center located in Center City Philadelphia on the Avenue of the Arts.  The Gershman Y’s mission is to be an urban community center informed by Jewish values that presents a broad array of arts, culture, and educational experiences for curious individuals of all ages.  Committed to sharing the diversity and breadth of the Jewish experience, the Gershman Y welcomes people of all ethnic backgrounds and religious affiliations to explore, participate, and contribute to its rich roster of Jewish arts and cultural programs and community initiatives.