A conversation with Omar Epps 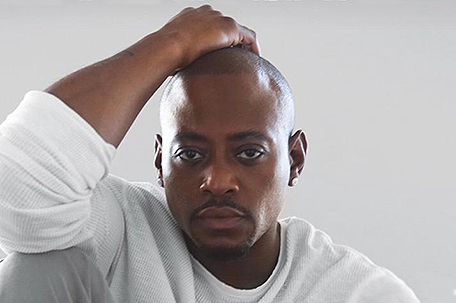 Omar Epps emerged on the film and television scene in the late ‘90s. Since then, his career has transformed him into iconic characters fans will never forget. Epps stole hearts as Quincy in “Love and Basketball.” His intensity captivated viewers as Dr. Eric Foreman in “House.” And audiences love to hate his character Issac Johnson on USA’s “Shooter.”

Adding to his list of multifaceted characters,  Epps presently plays John in Lionsgate’s “Traffik” alongside co-stars Paula Patton, Laz Alonso and Roselyn Sanchez. In preparation for its digital and home entertainment release, Epps sat down with the SUN to discuss his role in “Traffik” and his new endeavor as an author.

“Traffik” tells the story of John and Brea (Epps and Patton), a couple in-love who are planning a romantic weekend getaway.  Their plans are quickly derailed when they stumble upon a human trafficking operation. Epps shared what it was like playing John.

“I had fun playing this character, because he had a vulnerability to him,” Epps said. “Most of the time when you see on- screen relationships between a man and a woman, it’s the man who’s apprehensive about commitment and things of that nature, and in this piece it was the woman. So Paula and I had a lot of fun playing with those dynamics and adding in those textures, but at the end of the day, we wanted the audience to care about and root for them and their relationship and want to see them win.”

Epps and Patton have known each other for quite some time and that friendship translated into a wonderful on-screen chemistry. Epps spoke about Patton’s work ethic as both an actress and a producer.

“Paula is great!” he said. “We’ve known each other for years; this was our first time getting a chance to work together. We both dove in head first and everything just followed organically and creatively. She definitely has chops as a producer and great insight. It was refreshing to see that side of her as well.”

“Traffik” is an exciting thriller, intense from start to finish, but it also offers a great deal of pertinent information on human trafficking. Before working on the film, like many of us, human trafficking was an obscure topic;   it was for Epps as well.

“I was as informed as the average person would be,” he said. “When you hear the term human trafficking, we think it’s international, it’s a third world country. You’re not thinking Chicago, New Jersey, San Diego. You’re not thinking it’s right under my nose hidden in plain sight. As I prepped for the film and did my research, I was just blown away by the statistics, the regions and that’s kind of what drew us all to the piece… to be able to shine a light on that issue.”

At the end of the film, audiences are given the following statistics: 1.9 million women are trafficked in the United States every year. There are 21 million victims of human trafficking that generate illegal profits each year of $150 billion dollars worldwide. Epps offered this additional insight on the topic.

“When you say the phrase human trafficking, it’s the politically correct way of using the word slavery, because that’s literally what it is,” he said. “What we tried to show in the film is that it’s not always some big bad wolf who’s knocking someone over the head. It’s the most common circumstances where this stuff can happen. It’s a 10-year-old girl going to the mall with her friends who meets with another 15-year-old girl, or so she thinks.”

Epps shared the following he hopes the audiences will take away from “Traffik.”

“Obviously, I want them to be entertained… it is a ride!” he said. “It’s a film that kind of is three films in one. It starts out as this romance that turns into a suspense thriller, that kind of turns into a horror movie. But it’s just for people to walk away with their eyes a little bit more open. I just read something a couple of weeks ago about a stewardess on an airline, who was watching people on a plane and something didn’t feel right to her. She alerted the authorities and it turns out a girl was being trafficked on the plane. So it’s not about being a superhero per se, it’s just about being a human being. You never know the smallest slightest thing could become the alert that saves a life.”

Epps is doing his part to help others both on and off the big screen. He now can add to his list of accomplishments — self-published author. In his memoir, “From Fatherless to Fatherhood” he discusses the impact that growing up without a father had on his own role as a father.

“I had a moment with my son a few years back, that caused me to question whether having grown up without a father had somehow crept into my fatherhood, which was a startling thought,” he said. “So I went on this journey of exploration of self, to unpack my life and midway through, I realized that maybe my story could be used as a tool of inspiration for others and here we are.”

“I wanted to go direct to consumer,” Epps continued. “I didn’t want any other entities on my shoulder persuading how I told my story. I’ve got to give it to the people straight and if I’m going to talk about it, I’m going to really talk about it. As a man and as a father, we hold things in. We don’t have forums where we really get to talk about our issues. We normalize our trauma and tuck it away. I wanted to use the book as a platform to start a dialogue amongst men for us to heal. It’s generations upon generations of us that have grown up without our fathers, and we’re acting like that’s normal and it’s not normal. So I just want to hopefully be a part of shaping the narrative in our community.”

“Traffik” is currently available for digital download and available for Blu-ray and DVD. The home entertainment release will feature two featurettes; “Journey into the Depths: Making Traffik” and “Deon & Dante: The Look of Traffik.”

“From Fatherless to Fatherhood” is available for purchase on various platforms.

Visit http://www.fromfatherlesstofatherhood.org/ to purchase a copy and support the movement. Be sure to follow Omar Epps and keep up with his incredible journey on all social media platforms @omarepps.