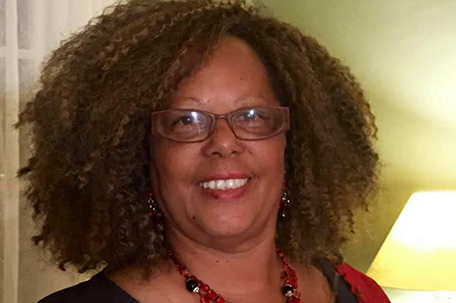 Linda Waters Richardson, president of the Uptown Entertainment & Development Corporation and stalwart community leader died Monday, November 2 of cardiac arrest after complications from asthma. She was 73.

Richardson leaves behind an incredible legacy. Not only was she a driving force behind the revitalization of the Uptown Theater, but she was also a strong leader and proven champion in her North Philadelphia community. She grew up at 17th and Norris Street, where she became a local icon. Richardson dedicated herself to helping people, and did everything to keep them on the right track — something that she always set her sights on doing.

While attending high school and college, Richardson became a dancer and an actress, performing in many plays at the Freedom Theater and many more with the Theater of the Living Arts. She was definitely a lover of the arts.

When Richardson worked on her first job, she earned enough money to attend the Philadelphia Dance Academy, where she majored in dance and theater, earning an associate’s degree. She then became a wardrobe designer for the theater arts dance group, “The Black Butterfly” in North Philadelphia.

In addition,  Richardson was also a dance teacher for the Philadelphia Recreation Department and School District of Philadelphia.

On the night when Rev. Dr. Martin Luther King Jr. was assassinated, while at rehearsal, Richardson decided not to be an actress anymore. She said people were very upset and angry. Riots were exploding everywhere, and she thought the work she was doing was no longer important. She wanted to do something more productive, so she started talking to other people and fundraising. She then got a job as a community organizer — and the rest is history.

For 25 years, Richardson was president of the Uptown Entertainment & Development Corporation that oversees the renovation of the famous Uptown Theater. During her years running the organization, she  spent over two decades fighting for the preservation of the theater  while raising funds to restore the historic entertainment landmark.

Richardson had visions of turning Uptown into a theater again. She wanted to make it easy for independent artists to get into the music business, and of  having a recording studio built for them.

In 1995, Richardson decided to make her move; she didn’t like the fact that Uptown was deteriorating. After hearing complaints about the theater being vandalized, she traveled to Harrisburg, where she received a $30,000 grant from then Pennsylvania Governor  Robert Casey to help save the neighborhood venue.

Richardson  used the grant to do a study on the Uptown in order to find out what it would take to renovate it . That’s when she transformed the Black United Fund into a neighborhood operation and renamed it the Uptown Entertainment & Development Corporation. She structured the corporation into a non-profit, tax-exempt organization which made it easy for Richardson to gain the title to the historic Uptown Theater nine years later.

Through her tireless efforts, Richardson was able to raise $5 million even though she made a goal to reach $10 million. Two years ago, the Uptown Entertainment & Development Corporation was awarded a grant from the State Redevelopment Assistance Program in the amount of $500,000. The grant went towards the goal of $10 million. Unfortunately Richardson won’t be able to see her dream come true.

Richardson wanted to provide employment opportunities for many community residents and young people in North Philadelphia. She wanted to produce 200 new jobs, and alsowanted to help those who fell below the graduation level and push them into higher education.

Another one of Richardson’s goals was to utilize entertainment as a powerful vehicle to draw youngsters in front of the camera or behind the scenes. It was her way of taking kids off the streets and offering them an opportunity to develop their music talents.

At the Uptown, she opened the doors to singing, dancing and acting. She did all of this inside a small building across the street from the theater.

Richardson also ran a youth program that was built around talent contests. She would have kids to come in for auditions. She would pick four or five winners from the shows. There was always a cash prize for the best performer. The winner would perform around the city for a year.

The shows got so popular that Channel 3 aired many of their shows and performances. Richardson  loved making people’s dreams come true.

As the oldest of seven siblings and a mother of five, Richardson was a woman who cared dearly for her family.

Whether she was planning for a fundraiser, vacation, a holiday gathering or another event, Richardson knew how to make an impact with people in North Philadelphia. She had many roles, but none was more important than her commitment to the historic Uptown Theater.

Before her death, Richardson planned a big “Get Out The Vote” event on Election Day.  In her honor, members of the Uptown Entertainment & Development family did move forward with the event, which was held in front of the Uptown Theater.  There was a good sized crowd at the event, and everybody enjoyed themselves.

“The show must go on,”Richardson’s other sister, Sheila Waters, said. “We are community organizers from way back. Whenever we make a commitment, we keep them. Linda worked tirelessly to make sure people exercise their voting rights. Today, we are happy to continue her legacy.”

On November 21, there will be a Celebration of Life on Linda Richardson’s birthday. It will start at 4p.m. in front of the Uptown Theater, located at 2240 North Broad Street. Her family invites you to come out and join the celebration.