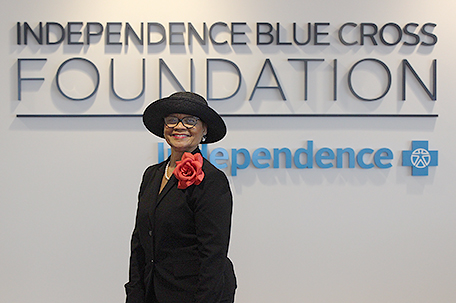 FunTimes Magazine will host its 7th Annual Gala and Awards Ceremony on Saturday, October 14, 2017 at 6:30 PM at the Courtyard by Marriott Philadelphia City Avenue.

Rev. Marshall Blake will receive the 2017 FunTimes Magazine “Shero of the Year” award for her lifetime of civic and humanitarian service. She is being recognized for her leadership in the community, mentorship of youth and young adults and the empowerment of women.

She also serves as an associate minister at the Vine Memorial Baptist Church in Philadelphia, merging her ministry into her professional and community positions. Blake’s activities have helped hundreds directly — and thousands indirectly — through her dedication to many causes which seek the betterment of others. She is affiliated with more than 30 professional, civic, and faith-based organizations.

Ezeife will receive the 2017 FunTimes Magazine “Life Achievement Award.” He is being recognized for creating upward mobility and enhancing the growth of members of the community.

As the founding President of IDU USA, Ezeife has worked tirelessly to realize the dream of building the Shaw Institute for Cultural Art (SICA)in Igbo Ukwu of Anambra State. He is also known for his philanthropy and engagement with his community. He was board certified in obstetrics and gynecology, and retired after more than 30 years of practice, delivering over 10,000 babies during that time.

Wetherill will receive the “Jeff Brown Award for Community Engagement.” As the Extension Educator for the Small Farms Program at Delaware State, he is responsible for expanding agribusiness opportunities in urban and rural America, the Mid-Atlantic States, Africa and the Caribbean. Wetherill also engages the community through his outreach programs.

The gala and awards ceremony will begin with networking at 6:30 p.m. Dinner will be served at 7:30 p.m., followed by the award presentations, entertainment and dancing.

Founded in 1992, FunTimes Magazine’s mission is to celebrate Africa and the Diaspora. FunTimes is the predominant culture and lifestyle magazine for African, Caribbean and African- American communities in the Mid-Atlantic region.