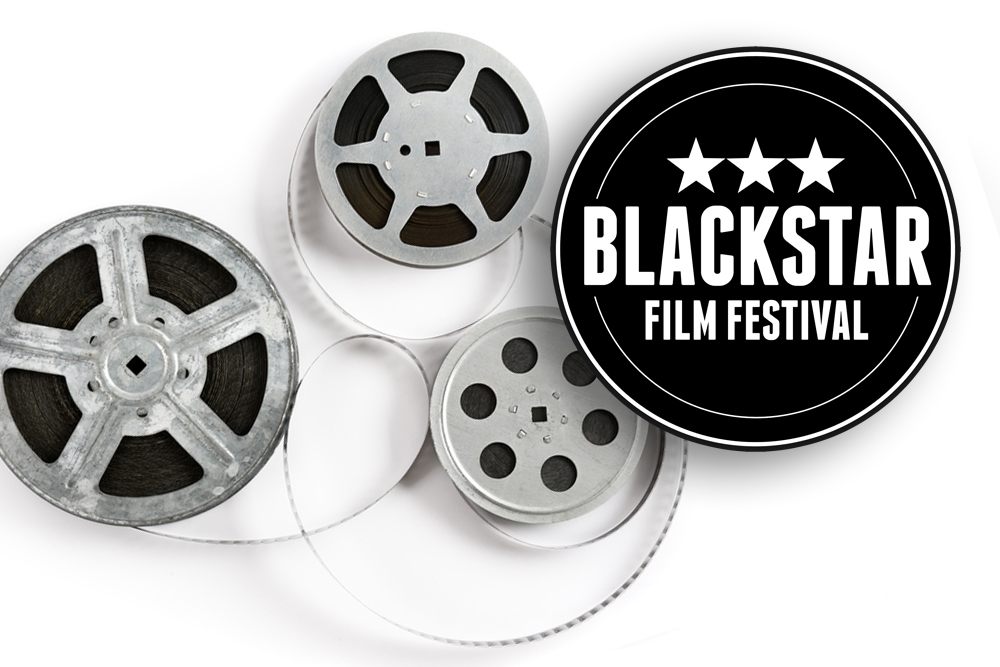 Blackstar Film held their Sixth Annual Film Festival last week in Philadelphia from August 3-6 amid enthusiastic film fans. The festival, which is the brain child of founder and artistic director Maori Karmael Holmes, features films by Black people from all over the world. In an industry that is just beginning to realize that inclusion is key in order to tell stories that resonate with the masses, Blackstar Film Festival is a mecca. Blackstar is best described as a celebration of us, created by us, for us. Black stories told in shorts, feature films and documentaries, offered something for everyone.  Given the current climate of what’s happening in our country, this year’s theme, “Resistance,” was the perfect starting point. Holmes and many of the participating filmmakers were thrilled to share their creativity and vision with the film community.

The four-day festival showcased films at three main locations: ICA (Institute of Contemporary Art), Lightbox Film Center at The International House, and The Pearlstein Gallery, with additional events at World Cafe Live and Johnny Brenda’s. Holmes curated an incredible exhibit called Lossless. “This exhibit is something I’ve always wanted to do and it feels nice to be able to make that happen,” Holmes said. “I was interested in working with a lot of our filmmakers because many of them are finding success in the art world and gallery spaces.

I wanted to have a show that was reflective of that in the festival.” “I really started thinking about loss and we talk a lot about black death, but I also started thinking about the word lossless. When we think about compression in our existence in this country… and always resisting, transforming, and transmuting it started to feel like these stories of birth, death, and labor were coming together,” He added.

“Lossless” featured works in a variety of mediums from seven extremely talented filmmakers; Razan AlSalah, Kevin Jerome Everson, ja’tovia gary, Roni Nicole Henderson, Kahlil Joseph, Terence Nance, and Sosena Solomon. Solomon, who is originally from Ethiopia, came to Philadelphia to study at Temple University. She shared the personal significance of her film “Itifworq”, which means double gold. “Itifworq is my grandmother.”  Solomon said, “That’s her name in Amharic which means more than enough gold. She is a soldier, and her child life was interrupted by the Italian war. She had to serve, and had the experience of having to kill a soldier. So the experience of that, how it changed her as a woman, and how it gave her the strength and resilience to live the life she has is the essence of the piece.”

The second day of the festival, much like first, was both a cerebral and visceral experience. Among some of the most powerful pieces were the shorts; “Ibrahim,” “Night Shift,” “See You Yesterday,” and “They Charge for The Sun.” Ibrahim tackled the immigrant experience in America told through the eyes of an African man named Ibrahim, played by Adesola Osakalumi. “Night Shift” showed the complications of a pending divorce while working a job where disrespect is the only constant. “See You Yesterday,” presented by Spike Lee, is the tale of two teens that create a time machine in a desperate attempt to bring back a sibling killed by the police. “They Charge for the Sun” is a daunting futuristic piece where sunlight is rationed and people are literally being kept in the dark about the power of melanin.

The third day of the festival featured another stellar film lineup. “New Neighbors,” directed by E.G. Bailey, revealed the lengths a mother will take to protect her sons from the stigma that comes with being Black while living in a predominantly White neighborhood. Bailey shared, “There’s a woman named Fay Wells from Santa Monica. She had an incident where she locked herself out of her apartment. She called a locksmith who came and changed the locks. A little later there was a knock on the door. There was a gun pointed at her face and 19 police officers.

One of her neighbors called the police on her… so that was the catalyst for the idea.” Day three also showcased the talent of our next generation of filmmakers. Groups of young filmmakers screened their films to avid film lovers, world renowned filmmakers, their peers, family and mentors. The students of Big Picture Alliance took home The Best Youth Film Award for their documentary film “We Are Sankofa.” The consultation prize for this group was meeting the one and only filmmaker/director Ava DuVernay.

The panel discussion, “A Conversation with Ava DuVernay” was the pinnacle of the festival. The entrance line wrapped around the lobby two times over with a sea of people awaiting the pearls of wisdom the Oscar nominated writer and director was sure to share. In true Ava DuVernay fashion, she lovingly offered the room openness, encouragement, and light.

Overall the festival was truly a fulfilling experience. The actors, producers, directors, and staff of Blackstar went above and beyond and it showed. There were laughs, tears, a feeling of camaraderie and an unspoken pride that accompanied seeing our stories told through our lens so profoundly. If you’ve never attended The Blackstar Film Festival, do yourself a favor and make plans to attend next year. Visit http://blackstarfest.org/ for details.