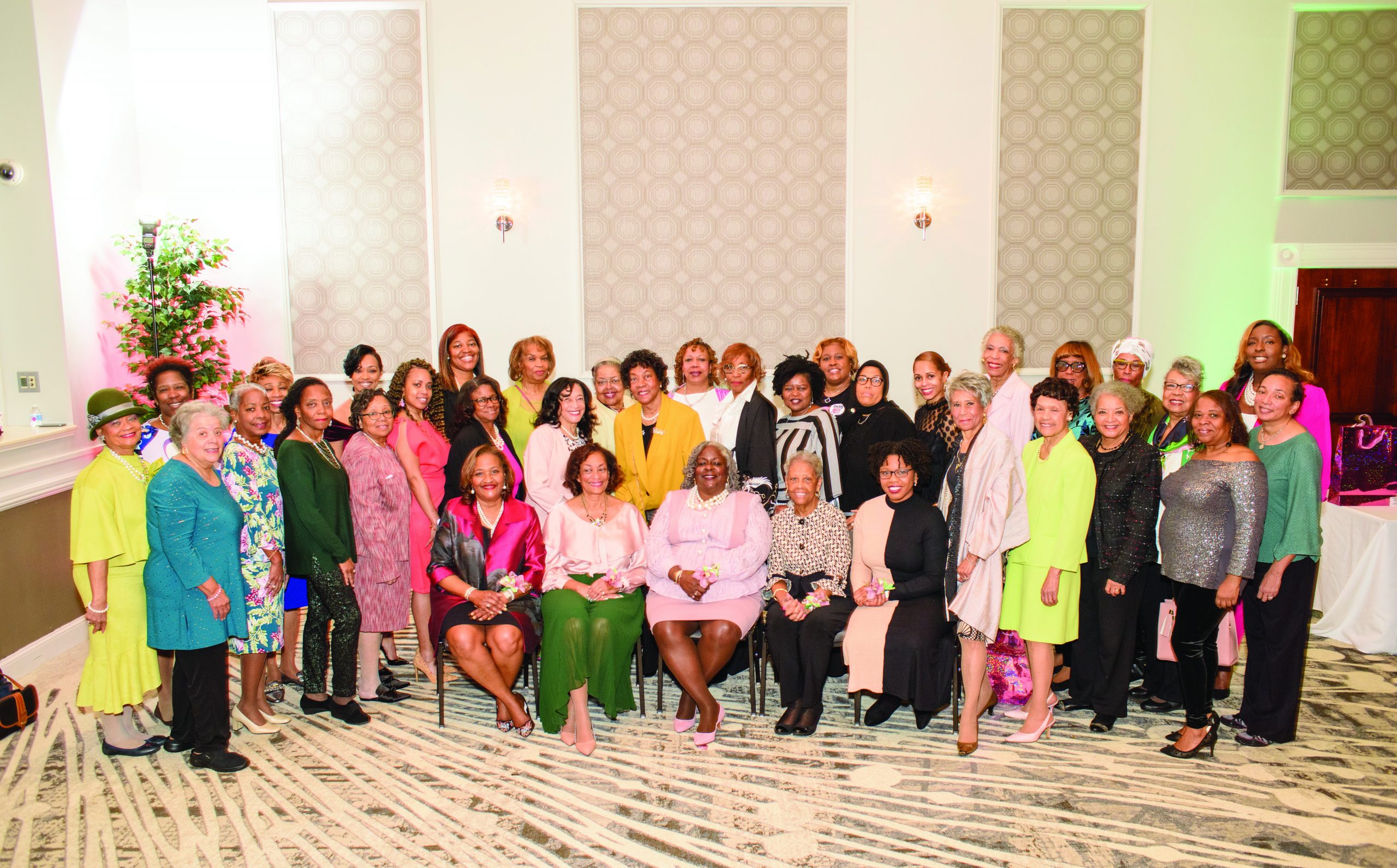 By Patricia Gilliam Clifford
The Omega Omega chapter of Alpha Kappa Alpha Sorority, Inc. (AKA) and its charitable arm, the 1926 Foundation, have consistently established and reached increasingly higher goals as a much needed positive force in Philadelphia. They have generously awarded more than $1 million in scholarships to students from the region who are attending colleges and universities throughout the U.S., and grants to local nonprofits to support community impact programs.

The two organizations hosted a fabulous 62nd Annual Luncheon and Fashion Show supported by more than 650 attendees on February 1 at Drexelbrook Catering & Special Event Center in Drexel Hill. This year also marks the celebration of 93 years of rich history and achievement of the Omega Omega chapter, chartered in Philadelphia in 1926. Today, it remains a thriving organization with nearly 550 members serving communities throughout the city.

The theme of the luncheon –“A Classy Touch” — was true to its name. The signature fundraising event included the much anticipated, lively fashion show presented by Premier Productions, a swag bag auction and special door prizes. Funds raised by the event will be distributed to students and nonprofit organizations in June.

Brittney Shipp, meteorologist for NBC10’s First Alert Weather Team, did a terrific job as the afternoon’s mistress of ceremonies. Shipp is an Emmy-nominated journalist who combined her passion for children’s education and meteorology by writing and publishing the children’s book, “The Meteorologist in Me.”

“The guests have such an enjoyable experience at our luncheon and fashion show each year “ Brenda Johnson Best, who served as event co- chair with Sherilynn Johnson Kimble and Carol Baker Rice (president, the 1926 Foundation), said. “ I’m always amazed at the level of excitement. Our mission is to serve all mankind and the proceeds from this event will be given back to the community and scholarships.”

“I am so happy that the showcase was so well received by the sorority and guests this year,” Aaron Pender, producer and director of Premiere Productions of Philadelphia, said. “The turnout and love in the room was awe-inspiring for me. I have been producing showcases in the city for years, but the accolades after the show were not in short supply. I was surprised to have seven members waiting to speak with me following the showcase to express their appreciation. In the eight years that I have produced this showcase, for AKA, I have never had that number of well-wishers at one time. My best to Omega Omega for a job well done!”

“It was a pleasure and an honor to have fashions from Dolly’s Boutique showcased in the legendary Alpha Kappa Alpha Inc., Omega Omega Chapter’s Annual Fashion Show,” showcase participant Shani Newton said. “This event is always a highlight of the year for us as the sorority sisters are tremendous supporters of our business and a major reason why we have been able to grow into our second location in the Philadelphia area.”

Congratulations and thank you to these stellar organizations. It was a proud time to be “All Around Philly!”