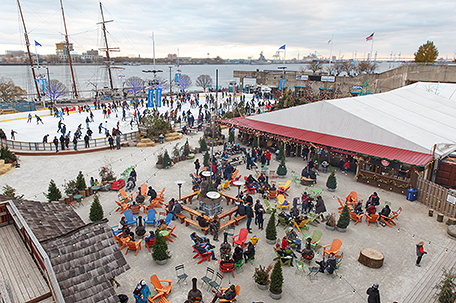 The Delaware River Waterfront Corporation (DRWC) is once again partnering with the School District of Philadelphia to offer the Good Skates program, an exciting contribution to student physical education during the winter months. Today, DRWC announced the establishment of the William R. Miller IV Urban Youth Activities Fund to support outdoor recreational activities, like Good Skates, in memory of esteemed board member and tireless community advocate Bill Miller.

“Tireless communicator, and consistent agitator were words that best described Bill Miller. He believed that in order for things to change for the better in our community you had to show up and advocate. He always talked about ways to increase representation of African Americans in the activities on the Penn’s Landing waterfront,” said Linda J. Miller, wife of Bill Miller. “This skating program scholarship in his name will give young public school children exposure to the waterfront and present opportunities to expand their horizons.”

Not only will this fund expand and sustain Good Skates, but will also support equally valuable programming for Philadelphia’s youth in the summer season. DRWC will commit $10,000 annually to the fund and will look to raise additional funds from corporate and philanthropic sources.

“Bill greatly influenced several generations of leaders in Philadelphia, and brought his boundless sense of enthusiasm to this organization,” said Tom Corcoran, President of DRWC. “He believed deeply in the mission of DRWC and eagerly encouraged the community to enjoy the waterfront.” 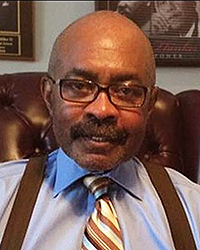 This year Good Skates will provide free instructional ice skating lessons, free skate rental, and free practice time at Blue Cross RiverRink Winterfest, with over 500 elementary and middle school students expected to participate. Since it’s inception, over 6000 students have learned how to ice skate through the program. Good Skates has been credited by the physical education department as one of the best supplementary, non-traditional physical education programs provided to the School District of Philadelphia.

“Our students and teachers love this program. The joy that we see when the children get on the ice for the first time is priceless,” said Bettyann Creighton, Executive Director of Health, Safety and Physical Education for the School District of Philadelphia.  “Last year, many of them came back for additional skating time and dazzled their families with their new skills.”

This season the Good Skates Program is being expanded to include three skating sessions for each class particpating, instead of the one session as in years past, providing students more time to learn how to skate and to practice their skills.  Each session is comprised of a forty-five minute skating lesson with professional instruction and forty-five minutes of practice time and free skating. Students learn the fundamentals of skating in order to feel comfortable on the ice, including skating confidently forward, stopping, controlled falling and gliding on two feet. Each participant will receive a complimentary voucher for up to four people to return to Blue Cross RiverRink for any skating session during the rest of the season, so they can share this experience with their families and apply what they have learned.

To be eligible, each school completes an application submitted to the School District of Philadelphia. The Good Skates Program consists of eighteen classes averaging around 30 kids in each class. Each of the classes will participate in three instructional skating sessions over the course of 6 weeks. The Good Skates Program officially kicked off on January 17, with classes at 10AM, 10:30AM, and 11AM every Tuesday, Wednesday, and Thursday until March 2.