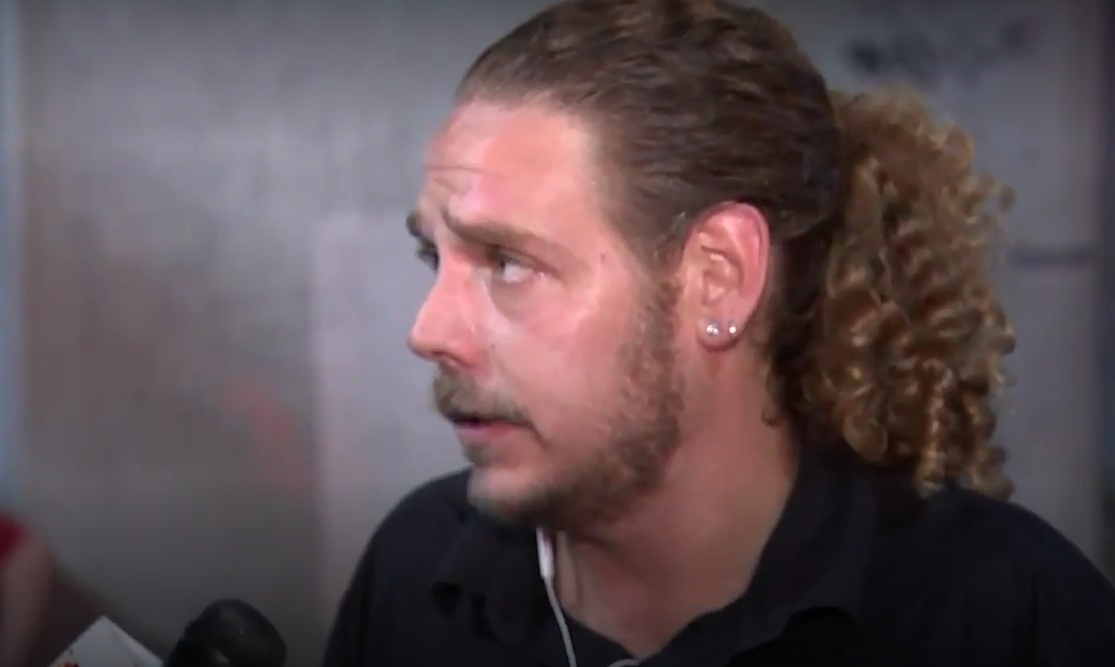 NBC10 –A train barreled into another train at one of SEPTA’s busiest terminals overnight, causing what one passenger described as a bloody scene and sending more than 40 people to the hospital.

SEPTA officials say a Norristown High Speed Line train was arriving at the 69th Street Transportation Center on Market Street in Upper Darby, Delaware County at 12:10 a.m. Tuesday when it crashed into an unoccupied train that was sitting in the terminal.

“I stood up to get off to get ready to get to my bus on time and smack, it hit the other trolley, parked,” Ronnie, a passenger who did not want to reveal his full name, told NBC10.

At least 42 people, including the conductor, were injured in the crash and taken to different area hospitals. SEPTA officials say none of the injuries are life-threatening. At least four of the victims are in critical condition however.

“My face hit the wall, put a big hole in the wall and I went straight down and I blacked out,” Ronnie said. “There was blood everywhere. The driver is all banged up and there was this one girl bleeding out of her face pretty bad.”

Ronnie also claimed the train was experiencing issues prior to the crash though SEPTA officials have not confirmed this.

“I was waiting at Gulph Mills. The train came by, it blew past us about three or four train lengths, stopped, backed up, picked us up,” Ronnie said. “The same thing happened at Bryn Mawr.”

SEPTA officials say service between 69th Street and Norristown resumed as regularly scheduled at 4:20 a.m. Tuesday. One of the tracks won’t be operational however so passengers should expect delays.