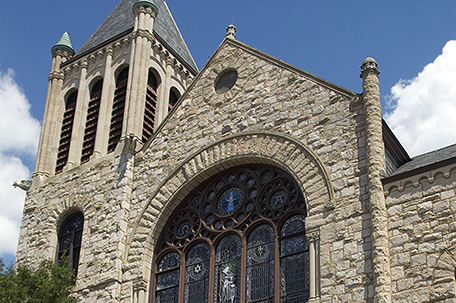 of the General Conference and bicentennial

The African Methodist Episcopal Church launched the 50th quadrennial session of its General Conference and bicentennial celebration in Philadelphia last Wednesday, July 6. The event, which is expected to draw some 30,000 attendees, will culminate on Wednesday, July 13.

The General Conference, the major body of the AME Church meets every four years. This year’s event celebrates the church’s founding in Philadelphia 200 years ago.  According to the Philadelphia Convention and Visitors Bureau, the attendees are expected to make a significant financial impact on the city and region.

The World Council of Churches estimates the membership of the AME Church at nearly 8 million, with just over 80,000 pastors, 21 bishops and 12,000 congregations. In addition to the church hierarchy—bishops, administrative leaders and pastors, attending will be denominational members, college presidents, deans, and chaplains in the U.S. armed forces. All are affiliated with one of the 20 AME Districts.