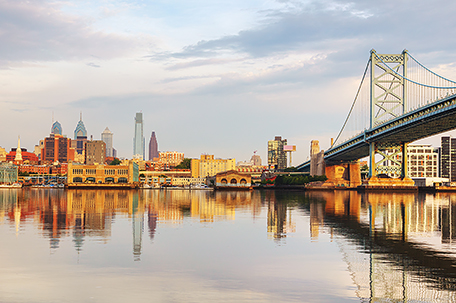 Last week city officials unveiled the results of the 2016-2017 resident survey, the first comprehensive survey of residents’ attitudes towards City services in 10 years.

The survey was conducted by the Office of Performance Management in partnership with Temple University’s Institute for Survey Research (ISR).  The purpose was to measure public satisfaction with the delivery of a wide range of city services, such as garbage collection and street repairs, the conditions of facilities such as in parks and recreation centers, and to identify priorities for the Mayor and his Administration.

“My Administration is committed to the effective delivery of quality services to all Philadelphians. Public service is about customer service, and we need to hear how our residents think we’re doing—both the good and the bad—in order to make changes needed to address the concerns,” Mayor Kenney said.  “So, as we release these results, I am re-affirming the City’s commitment to fully address the issues identified in the survey. We will do a better job. And, we will keep asking for your feedback.”

“It is important that we in the government know what you – the residents – are feeling and experiencing,” said Managing Director Michael DiBerardinis.  “And it is equally important that we make changes to our operations based on what you tell us about services that need improving.  We are committed to doing so.”

Going forward, the City plans to conduct the surveys every two years.  “This 2016-2017 survey is decidedly not ‘one-and-done,’ said Director of Performance Management Angelina Ruffin, who oversaw the effort.  “The next resident survey begins in 2018, and will be modeled closely on this one.  This means the findings we are unveiling here will serve as an important baseline of resident’s perceptions on city services, to allow for better tracking of those perceptions over many years.”

The Office of Performance Management and ISR last Fall launched a two-fold data collection effort –- a probability, address-based sample administered by mail and an opt-in opportunity for all residents — which initially produced responses from a sample that was less representative of Philadelphia’s demographics, specifically in terms of race and educational attainment.  The City then conducted a second, more targeted round of data collection in the Spring of 2017 to ensure the respondent pool more closely matched the population of Philadelphia.

The second phase of data collection brought in an additional 1,636 respondents, of whom 63 percent identified as persons of color. The final sample of 7,232 residents was comprised of 39 percent persons of color.

The survey results were then weighted at the City level to more closely reflect the distribution of gender, age, race, ethnicity and education. The combined survey response rate was 21 percent.

Philadelphia’s Youth Action to receive $99,750 to expand its Inspiring Leaders Program for the 2016-2017 cohort

Rite Aid and National Foundation for Infectious Diseases Survey indicates most U.S. women believe they are not up to date on vaccinations