2015: Challenge amid Change in the Keystone State 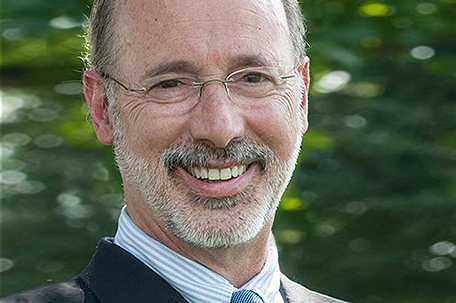 In 2014, Pennsylvania selected a new governor, rejected an old governor, and voted decisively to be indecisive about which party should control state government – overwhelmingly handing the executive branch to Democrats while just as overwhelmingly turning the legislature over to Republicans – thus installing divided government in the Keystone State.  As a new year begins, it’s an auspicious time to assess where we have been the past 12 months, where we are going the next 12 months, and what challenges and change might confront us along the way.

THE WOLF ASCENDANCY – In January, Democrat Tom Wolf will be sworn in as the first businessman to become governor in almost 50 years. The problems confronting him comprise the greatest facing any new governor in modern times. The fiscal issues alone are enormous – including addressing the state’s $2 billion dollar structural deficit, increasing education spending with an extraction tax, and a reshuffling of many other current state priorities.

Any of these would be a challenge; together they pose a herculean task for a state congenitally opposed to both change and reform. Moreover, Wolf must do it while working with a legislature firmly controlled by the Republican Party. And he must do most of it quickly. Four years of kicking the can down the road have eroded Pennsylvania’s fiscal condition to the point where further inaction on the major issues would be catastrophic. What Wolf accomplishes or does not accomplish in the next 12 months may set state politics for a generation.

THE LOYAL OPPOSITION – The 2014 election cemented GOP control of the state legislature, House and Senate, even while electing a Democratic governor. But the legislature that will meet in 2015 is not just overwhelmingly Republican – it is also more conservative than its predecessor, and led by more conservative leaders.

If Republican Tom Corbett never developed a relationship with his own party’s relatively moderate Republican legislature, will Democrat Tom Wolf have better luck with a much more conservative opposition party leadership? The opportunity for gridlock is ominous, even as Pennsylvania’s problems multiply.  Pennsylvanians in particular and Americans in general traditionally favor divided government. The New Year might reveal if that idea is a really good one.

THE KANE CONTROVERSY – One year ago the question was: can anyone stop Kathleen Kane in what seemed to be a meteoric political rise seemingly unequaled in recent state history? Today, the question is a radically different one: can Attorney General Kane even survive her first term in office? Kane’s missteps, mishaps and blunders have been widely reported.

Some see sexism in much of the criticism aimed at her; others see partisan politics; while many see Kane’s lack of experience in statewide office behind her mounting problems. This is a story with many chapters yet to unfold and an ending yet untold. But its outcome is likely to shape and shake state politics for much of the new year.

COURTING OF THE ELECTORATE – Pennsylvania’s beleaguered Supreme Court will make history in 2015. The court, an elective body in Pennsylvania, currently has four Republicans, two Democrats, and one vacancy. Next year, there will be an unprecedented three statewide elections to the court, the result of a mandatory retirement, a conviction for public corruption and a resignation connected to sexually explicit emails.

The Supreme Court is something state politicians care a lot about, while state voters know very little about. Consequently, political battles for partisan control are often hard fought, expensive battles, met with collective yawns from an electorate who mostly fail to vote in these “off year” contests. However, next year could be different. The number of seats at stake and the court itself has become controversial, based on the behavior of some of its members.

Indeed, sentiment seems to be growing to move Supreme Court selection from an electoral selection system to a merit appointment system such as followed by some 23 states. If voters do pay more attention to Supreme Court races in 2015, the court may find itself in an unaccustomed and unwelcome spotlight.

PRESIDENTIAL POLITICS – The calendar all year may say 2015, but increasingly the national political attention will focus on 2016 – and the massive battle shaping up for the White House and control of Congress. Pennsylvania is all but certain to play its traditional role as a battleground state in the presidential race, while the state may also host one of the party conventions. The national Democrats have named Philadelphia a finalist for their convention along with two other cities. In any case, the state might have one or more “home town” presidential candidates running hard for the nomination in 2015, a notable rarity.

Last but not least, 2016 will bring a tumultuous battle for the U. S. Senate with Republican Pat Toomey defending his seat, narrowly first won in 2010. The Democratic nominee is unknown but state Democrats believe they can win the seat, likely setting the stage for a tough primary battle for them in 2016.

Politically Uncorrected™ is published twice monthly, and previous columns can be viewed at http://politics.fandm.edu. The opinions expressed in this article are solely those of the authors and do not necessarily reflect the opinions of any institution or organization with which they are affiliated. This article may be used in whole or part only with appropriate attribution. Copyright © 2013 Terry Madonna and Michael Young.

In State Politics Be Careful What You Wish For