180,046 people in Pennsylvania selected 2015 Marketplace plans in the first month of open enrollment 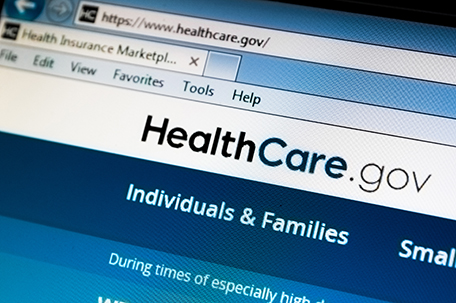 According to a report released by the Department of Health and Human Services, 180,046 people in Pennsylvania selected plans through the Health Insurance Marketplace leading up to the December 15 deadline for coverage beginning Jan. 1, 2015.  About 79 percent of Pennsylvanians who selected health insurance plans in the first month of open enrollment were determined eligible for financial assistance to lower their monthly premiums, compared to 76 percent who selected plans over a similar period last year.  Of the 180,046 Pennsylvanians who selected a plan, 47 percent reenrolled in a Marketplace plan in 2015 and 53 percent signed up for the first time.

Today’s report provides the first detailed analysis of enrollment in the Marketplaces for the first month of the 2015 open enrollment period.   Because the automatic reenrollment process for the 37 states using the HealthCare.gov platform (including Pennsylvania) began on December 16 and was completed for the vast majority of consumers on December 18, today’s report with data through December 15 does not fully capture the number of people who selected plans leading up to the deadline for Jan. 1, 2015 coverage.

“We’re pleased that in Pennsylvania 180,046 people signed up for Marketplace coverage during the first month of open enrollment.  The vast majority were able to lower their costs even further by getting tax credits, making a difference in the bottom lines of so many families,” HHS Secretary Sylvia M. Burwell said.  “Interest in the Marketplace has been strong during the first month of open enrollment. We still have a ways to go and a lot of work to do before February 15, but this is an encouraging start.”

Nationwide, more than 4 million people signed up for the first time or reenrolled in coverage for 2015 during the first month of open enrollment.  That includes more than 3.4 million people who selected a plan in the 37 states that are using the HealthCare.gov platform for 2015 (including Pennsylvania), and more than 600,000 consumers who selected plans in the 14 states that are operating their own Marketplace platform for 2015.

HHS also released a Weekly Enrollment Snapshot that captures more recent enrollment activity in the Marketplace.  The Weekly Snapshot shows that from November 15 to December 26, nearly 6.5 million consumers selected a plan or were automatically reenrolled.

Open Enrollment in the Marketplace runs from Nov. 15, 2014, through Feb. 15, 2015.  Consumers should visit HealthCare.gov to review and compare health plan options.  Consumers shopping for health insurance coverage should sign up by Jan. 15, 2015, in order to have coverage effective on Feb. 1, 2015.  If consumers who were automatically reenrolled decide in the coming weeks that a better plan exists for their families, they can make that change at any time before the end of open enrollment on February 15.

Consumers can find local help at: Localhelp.healthcare.gov/. Or call the Federally-facilitated Marketplace Call Center at 1-800-318-2596. TTY users should call 1-855- 889-4325. Translation services are available. The call is free.

The information contained in today’s report provides the most systematic summary of enrollment-related activity in the Marketplaces to date.  Data for the various metrics are counted using comparable definitions for data elements across states and Marketplace types.