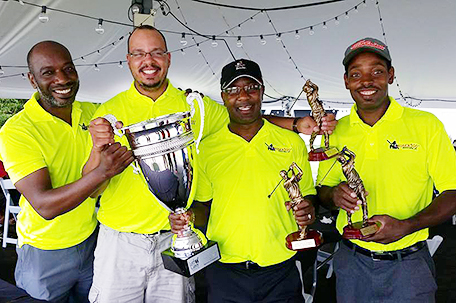 This year’s event — themed “Missions Matters for Justice” — addressed crucial issues in the African American community and beyond.

The organization has since expanded its focus to become one of the foremost ecumenical and multi-cultural organizations of its kind in the world, adding advocacy on the behalf of vulnerable communities, educational programs, sustainable economic development, technological training and disaster preparedness. 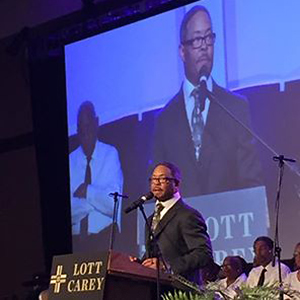 Because this year’s theme focused on the connection between missions and justice, Rev. Waller’s President’s Message specifically addressed the specific demands faced by 21st-century justice advocates within the African American community overall, and within the church in particular.

Using the memories of Civil Rights pioneers who worked for justice “from the outside” making it possible for the present generation to address the civil rights and justice concerns “from the inside”, Waller talked about how the cumulative effect of economic policies that promote gentrification and underfund public education are justice issues that attack the progress made in the past.

Because of this, the church needs to become a part of the solution by getting involved and collaborating with others.

“We can’t just have a good time [in church] on Sunday morning, while young boys are shot in the street, while girls are contracting HIV and while our families are falling apart,” Waller said. “Interdisciplinary partnerships are key to our survival.  Gone are the days of homogeneous answers. The tragic common realities in these yet-to-be United States requires that we work together across disciplinary lines.”

Toward that end, the Lott Carey Pastoral Excellence Network held a series of sessions entitled “Conversations Around Justice.” The first focused on “Black Lives Matter” and other justice advocacy movements, sought ways to help bridge the gap between church leaders and young civil rights activists. This was achieved through frank discussions about which current difficulties pose the greatest obstacles to justice for the African American community. The dialogue helped the participants discover common goals, and to share ideas about how they can work together in the future to bring about meaningful results.

The second session took on the current tensions around overaggressive policing, gun violence and tensions exacerbated through nonstop social media interactions and the 24/7 news cycle. The session created space for law enforcement officers and pastoral leaders to speak about these realities and to develop strategies for resolving these tensions between these officers and the African-American communities they serve.

Members of the Lott Carey International Youth Development Mission Service also participated in a service activity with “Kids Against Hunger,” a Nebraska-based organization which serves families in need here in America and around the world. The youth group helped pack food donation boxes which will provide10,000 meals for families in Haiti.