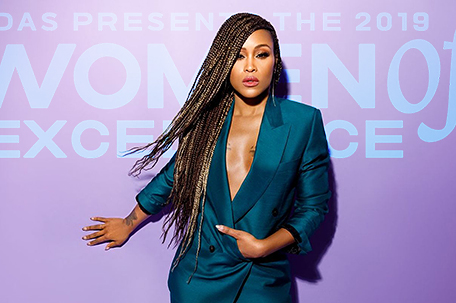 The WDAS Women of Excellence luncheon, a celebration of local women and their achievements in the community, will take place on Saturday, April 6 from 11 a.m. – 4 p.m. at the Philadelphia 201 Hotel.

The much anticipated yearly event will honor Eve, a Grammy Award winning rapper, songwriter, actress and co-host of the daytime CBS TV Show “The Talk” with the Trailblazing Woman of Excellence Award.

“We are proud to bring our Trailblazing Woman of Excellence Award back home to honor Eve, a Philly native,” said Derrick Corbett, director of urban programming for iHeartMedia Philadelphia.  “This will be a truly special afternoon with great music honoring amazing women from our community.”

WDAS Women of Excellence has been recognizing women in the Philadelphia community since 2015.  Previous honorees include Mary J. Blige, Patti LaBelle, Susan Taylor and Queen Latifah.  Tickets are on sale now for $125.00 at: wdasfm.com.