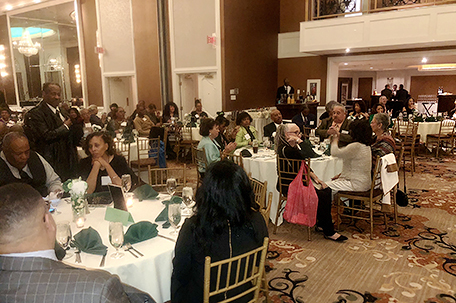 ABOVE PHOTO:  Attendees of the Germantown H.S. 50th reunion in the Ballroom at the Hilton.  (Photo courtesy: Michael E. Dutton)

Congratulations to the Germantown High School Class of 1967 on the wonderful two-day golden reunion it recently celebrated. More than 100 celebrants gathered at the Hilton Hotel Philadelphia on November 24th and 25th for Class’s 50th Anniversary. The class of more than 1,000 students was the school’s 100th graduating class.

Cheryl Wall-Holley, co-chaired the gathering with John Chapman. She relished the chance to relive fond memories. 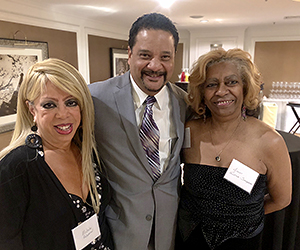 “As a student at Germantown Senior High School, I stood in awe of the strong sense of community and family in our school spirit,” she said. “It was exhibited again as the 100th Class of 1967 celebrated its 50th Class Reunion.”

On Friday, the reunion’s first night, there was a reception that allowed the class to get reacquainted. The reception included an award presentation and tribute to the late Dr. Charles Highsmith, Sr. (1921-1974), former Principal of Germantown High. The Class of 1967 was the first graduating class of his tenure. Highsmith established a non-profit that supports Cheyney University of Pennsylvania through a scholarship endowment and the Class of 1967 pledged a minimum contribution of $2,500 this year to support the fund in perpetuity. The $2,500 check was presented to Highsmith’s son, Charles Highsmith, Jr. who was accompanied by his wife and daughter. 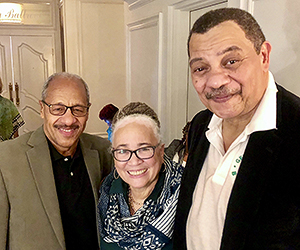 The Bernard Samuel Ensemble provided entertainment as friends and classmates shared lots of hugs and reminisced as they looked at the Class of 1967 yearbook.

“There was a lot of catching up for us, some of whom hadn’t seen each other since graduation in June 1967 at St. Joseph’s Field House,” Reunion committee member Malcolm McGraw said,

Saturday night was the highlight of the reunion with dinner and dancing to music by Louis Williams – “The Middle-Aged DJ.” 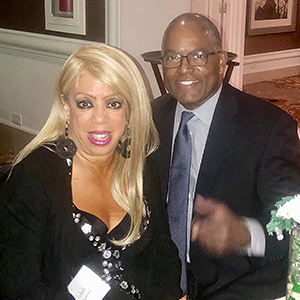 The spirited rendition of the Germantown High alma mater was uplifting. The reunion committee identified over 60 members of the class who are gone, but not forgotten with special recognition given to those who died in the Vietnam War.

Classmates came from near and far for the celebration. They included Anthony Dale Greene and his wife from Colonial, Virginia; James Williams and his wife, Anita Bridges Hardy from Rockville Maryland; Annelle Harris, Patricia Hill-Flowers and her husband Luke from California; Carolyn Lark, Michael Dutton from Washington, D.C. and Dr. Gregory O. Page who has lived in Harlem for the past 41 years. Others attending were Jarret Jackson, Karen D. Ragland, Michele Richards Anderson and Ted Duncan. 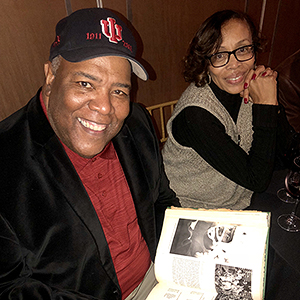 Congressman Dwight Evans, whose brother Henry Evans was a member of the class, stopped by to offer his congratulations. The Class of ’67 was also honored with citations from Mayor James F. Kenney, the City Council of Philadelphia and the Pennsylvania House of Representatives.

Best wishes to all members of Germantown High School, Class of 1967 on your “Golden Anniversary.”  It was a great time to be “Around Town in Philly!” The G-Town Spirit lives on!

Lockdown ends at high school in Germantown; 2 students in custody