SUNscopes for the week of November 8 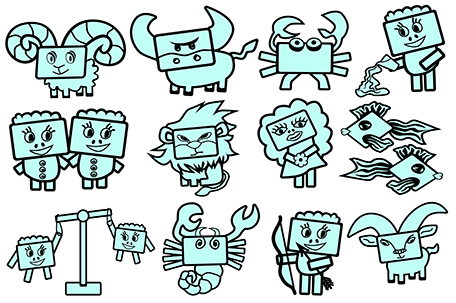 All Signs: This year Jupiter and Pluto line up three times and the final time is this week. The last time Jupiter and Pluto lined up in Capricorn (like this year) was in 1771 during the Russian plague and the American Revolution of 1765-1783. This conjunction in Capricorn will call attention to the growing need to reform economic imbalances and address the oppression by structures – of the government, the police, military, medical, legal or that of society. Speaking of structures, this includes the human skeleton as well, which has been in the closet for too long. I know this is not a jaw-dropping observation. (“You’ve got tibia kidding!”) Read on to learn how this conjunction affects your sign.

This has been a tough year because extremely unusual planetary happenings have been going on at odds with your Sun in Aries. This has made life difficult. Mostly, this has affected your long-term goals, your standing in the community and your public reputation (both professionally and among your peers). You might have been forced to defend yourself or your public reputation or the respect that you deserve. Because Mars has been in your sign for the last six months of the year (this last occurred in 1988), it has been a mixed blessing. Initially, it pumped your energy; but since Sept., it has eroded your self-confidence. Fear not, later this month, you’ll be back in the saddle!

unusual planetary events in Capricorn have interrupted travel plans as well as plans for going to school, getting to school, taking courses and anything to do with training. Fortunately, these challenges have been softened because lucky Jupiter is still in that part of your chart, which means it will deliver the goods! Yes, you will travel – somewhere. Maybe not where you initially wanted to go? You will get schooling and further education, again, maybe not according to your first choice. this is because the challenges that transpired in Capricorn were also supportive to you because they took place in your fellow Earth Sign. You win some, you lose some.

This year, the triple conjunction of Pluto and Jupiter along with the Saturn, Pluto conjunction took place in one of your Money Houses. This called attention to your debt, and anything that you share jointly with partners or other people. For example, it would become apparent to you how important it is to get out of debt. Likewise, any issues related to inheritances, wills and shared property would be highlighted in a way that you would see how reforms need to be made or how they could have been handled better. For some of you, it’s too late. For others, this is a wake-up call. Again however, lucky Jupiter will attract some goodies your way!

Four signs have had it tough this year and you are one of them. (Aries, Cancer, Libra and of course, Capricorn!) To put a finer point on it, those signs that were born mid-month (the 12th to the 15th) ) had it the hardest! You know who you are. For Cancers, all this unusual planetary activity took place, and is still taking place, directly opposite your sign, which means has impacted you the most with partnerships and close friendships. Many of you ended partnerships this year (or wanted to). In addition, your ambition to achieve your dreams was blowing hot and cold. This summer, you were ready to act. But recently, you have been spinning your wheels. This month that changes!

The triple conjunction of Jupiter and Pluto (plus the conjunctions of Saturn and Pluto) have been unusual, which is why 2020 is such a challenging year.  For Leos, this activity has affected your pet, your job and your health. This means whatever needed to be fixed in these areas now came to a climax. You could no longer ignore what you might have been ignoring. This year you had to act. What has helped your sign is this unusual journey of Mars in Aries for six months (which last happened in 1988) because this has pumped you with energy and confidence! It has helped you achieve a lot in the last half of this year, despite the necessary reforms you face in your job and your health.

This year we are all reeling from the lineup of planets in Capricorn. For your sign, this points out where you need to make improvements or reforms to get a better handle of dealing with kids as well as anything to do with sports, the entertainment world and the hospitality industry. Many of you are being forced to see how you need to balance work and play in your life. Another area that has been impacted by these planetary configurations is romance. Romance might have been all over the map for you this year. Sublime and painful. The good news is that no matter what happened, it took place in your fellow Earth Sign, so for sure, some residual effects will benefit you. No question. (That’s something!)

You are one of the four signs that had it the toughest this year (Aries, Cancer, Libra and Capricorn). In particular, it is toughest for those born from the 12th to the 15th. The area that is most impacted has to do with your home and your family. Major changes that have been overdue (perhaps repairs), finally had to be addressed this year. Likewise, other changes that needed to be addressed could be related to relationships or your family dynamics. Naturally, these include your relations with parents and older family members. Furthermore, Mars opposite your sign for the last six months of the year, has been stressful for partnerships and close friendships. Yes, it’s Margarita time!

Some of the greatest challenges that occurred this year affected your everyday routine and your everyday communications with others. You have been misunderstood. You have been angry. You have been determined to get to the bottom of something and seek out the truth. You have been thwarted. You have done battle. And for this, your reputation has been tarnished! Meanwhile, since Sept., when Mars went retrograde, your health has suffered along with your confidence in your work and your job. But this latter challenge (to your job, your health and your pets) will be over this month. Always remember how powerful you are and how to best use your power.

The triple conjunction of Pluto and Jupiter taking place in your chart has impacted your earnings, your movable belongings and your assets. Many of you have lost earnings or lost your job. Many of you have lost your possessions. (It’s been a sobering year.) Fortunately, the six-month sojourn of Mars in Aries has boosted your energy. (Admittedly, it’s been wobbly since Sept. but that will be over in a few weeks.) The thing to remember is that of the three planets impacting your earnings, Saturn, Pluto and Jupiter – Jupiter represents wealth and expansion. This means your setbacks are temporary. In fact, your state of mind in 2021 will be unusually positive and optimistic!

Of the four signs that have had the most difficulties this year (Aries, Cancer, Libra and Capricorn) – you are the winner. Some of the events taking place in your sign have not occurred for hundreds of years. This is why your life has been turned upside down. These unusual planetary configurations will affect your body, your appearance, your closest relationships, the image that you present to your world, and in many ways, your virtual identity. One reason it has been difficult is you like a predictable outcome. You value your security and your plans for the future. Fortunately, you’re tough and you’re not a sissy. You know that hard times are character building. (I agree – you have enough character.)

This year has been full of challenges; but to a casual observer, it doesn’t look this way (for many of you). This is because the challenges that you face are “hidden”. They’re the challenges of the dark night of the soul. Many things have happened and are continuing to happen that make you re-think your values and what is important to hold on to, and what you should just let go. Remember: “Your first loss is your cheapest loss.” This is because by hanging on to do something to avoid the inevitable, we often end up paying a higher price. You have been very vocal and proactive because Mars is in your House of Communications for six months. When you want others to really listen – whisper.

Perhaps the biggest area where you have been impacted by the triple conjunction this year of Jupiter and Pluto, in addition to the conjunction of Saturn and Pluto, has been regarding friendships and your relationship to clubs, groups and organizations. Many of you have either suddenly left friendships or slowly drifted away and moved on. (It happens.) Likewise, you have left groups and clubs or joined new ones that embrace concepts that speak to you. In either case, your actions will affect your goals and how you translate your hopes and dreams for the future into your new reality. Heady stuff!

SUNscopes for the week of October 4

SUNscopes for the week of Jan. 12

SUNscopes for the week of November 1