SUNscopes for the week of Jan. 13 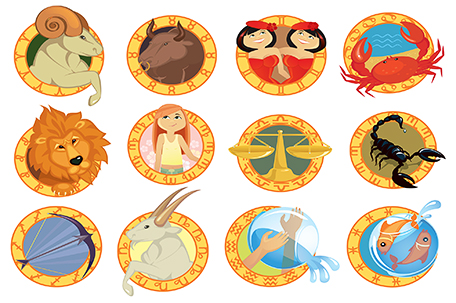 All Signs: It’s a new year, so let’s take stock. Where did you come from? Where are you going? Our lives are not isolated moments. They are connected events —  sometimes obvious, sometimes not, but all the result of cause and effect. First, our parents make choices then we become independent and make our own choices. (Even if you do nothing – not to decide is to decide.) How did you get to where you are today? Did you walk, run, fly first class? They say a rich person is not the one who has the most but the one who needs the least. Personally I’m with Oscar Wilde: “It’s better to have a steady permanent income than to be fascinating.” (He also said, “Quotation is a serviceable substitute for wit.”)

Let’s do a recap of your choices. From the mid-90s until around 2003-04, you were basically reinventing yourself. Take a look at who you were in 2004-05, and compare it to who you were in 1994, ten years earlier. Major change! By around 2008 – 09, you were busting your buns to prove to the world what you could do. However, a big change took place around 2010 because this is when you stepped up to the plate. Since that time right until last year, you have been building to this time of harvest that you are now enjoying. Grab every chance to travel and study this year because next year you shine!

Many of you will recall that around 1999 was a turning point. And during the window of 2003 to 2006, you were involved in residential moves, job changes and many unpredictable situations. Many of you solidified your home base after that and soon, you were able to work hard in 2010 and 2011 to establish your self-respect. (You will always work hard when you like what you’re doing.) Relationships were challenged in 2012-2015; but last year, partnerships were blessed! This year, you will benefit from these partnerships (as well as benefit from getting a loan or mortgage from a bank). Your future looks bright, indeed!

You gave up a lot around the turn of the millennium – people, places and possessions. That’s because you began a new path in 2001 that took you in a completely new direction. Just look at what your life was like by 2009 and compare it to who you were in 1999. A different movie, right? In the last few years, many of you have felt challenged by partnerships and marriages. The good news is that with Jupiter opposite your sign this year, this energy will do a complete flip. Whereas before you felt challenged in partnerships – this year, you will feel blessed! Yes, Virginia, there is a Santa Claus.

In the mid-90s, you were riding high! People were impressed with your achievements. However, at the turn of the millennium you began to downsize and streamline your life to let go of what was no longer relevant. This is not easy for you because you love to hold on. (“I might need this one day.”) Nevertheless, you gave up a lot so you could begin a new path around 2003. Residential moves and job changes around 2008-2010 kept you on your toes. This is why you worked to solidify your home base between 2010-2013. (It’s important for you to have a nest that gives you refuge and safety.) Last year, you began to take your power in a new way. You demanded new terms especially in partnerships. This year you will improve your job and your health! Yay me!

After giving up people, possessions and places, you set off on a new journey around 2005. This was a significant time for you. Admittedly, prior to that you had travelled through the dark night of the soul. You accomplished a lot in the next seven years, and by 2012, your primary focus was to secure your home base. That was also a very popular time for you! (Primarily because it followed on the heels of 2011, which was when you could put your name up in lights.) This year, you will continue to work hard. No question. You cannot avoid this. However, you will be rewarded with romance, vacations and fun, social diversions! Work hard – party hard!

Last year and this year are fruitful times because stern Saturn is in your fellow Earth sign giving you support, strength and direction. Do not take this lightly because it can happen only two times in a 30-year window. It’s like, “Make hay while the Sun shines!” although it ain’t the Sun. You underwent a roller coaster of upheaval from 2012 to 2016 with job changes and residential moves. However, recently you have improved your home and family scene, which is reassuring. Right now your question is “What do I really want to be when I grow up?” This is a source of your dissatisfaction. Soon romance and vacations will be a reward. Following that, you will find your direction.

Around 2012, life took a meaningful turn for you. Prior to that, for several years, things were difficult and you struggled. In the years since 2012, you have established a new world for yourself. You know who you are and you certainly know who you aren’t. Clarification is empowering. The primary thing on your agenda this year is to improve and solidify your home base and your real estate. Whatever you do now will help you to meet future challenges in an easier, more prepared way. Be smart. Remember that one definition of “luck” is “When preparation meets opportunity.” Your belief in yourself and your abilities this year, will help you to accomplish what you want.

You felt in control of your life in 2005 because you were strong and ready to act. And most of you did. Some of you achieved kudos and acknowledgement: others took a bold step because you finally have the courage to do so. Many of you struck out in a new direction around 2012. In part, this new direction involved redefining who you were in the world. You are still undergoing this process, which is why many of you are in a state of flux now and until 2022. Expect to have a major change in your daily milieux. It will put the final, finishing touches on the “new you.” These changes could entail job changes and residential moves. Get ready!

In the mid-90s, you worked hard to solidify your home base. By the turn of the millennium, you were busting your buns to show the world what you could do. Admittedly, partnerships were challenging between 2001-2004, but solid relationships endured. People admired your achievements around 2008-09. You did yourself proud then! And yes, you gave up much starting in 2011 before you begin a new path in 2015. This is a fortunate year for you because for the first time in 12 years, your ruler Jupiter is in your sign. Not only will this be an easy year for you – next year you will earn more money! Ka-ching!

Ever since 2003, you have been on a trajectory to make a name for yourself. In fact, many of you enjoyed praise, acknowledgements and kudos from 2010-2012. Admittedly, around 2015, you begin to dismantle much of what you had created in your world since 2003 until you could set off on a new path last year. It hasn’t been easy. But you are a survivor. And you’re no fool. You understand that hardship breeds discipline and nobility of character. You are now at the beginning of a new stage of reinventing yourself. This year you will experience inner wisdom and new realizations, which will make next year a walk in the park. In 2021 – you will get richer!

Although relationships were challenging around 2005-2008, you were out of the box and running because you were seriously focused on your career and your external achievements. By 2012-2015, you experienced a time of harvest when you could see clearly what was working and what was not. This year will be popular year for you, which is rewarding because friendships are important to you. You will also shine when dealing with groups and organizations. However, you are starting to divest yourself of what is no longer relevant. You will continue to do this until 2021, when new doors open up for you. Enjoy schmoozing in 2019!

I was not surprised to see Glenn Close win her Golden Globe award because this year Pisces people are rewarded for their achievements. It’s their turn to put their name up in lights! Many of you will travel more for your work; but all of you will enjoy increased respect from bosses, parents and VIPs. Since 2008, you have worked hard to achieve your success. Next year, you will be even more popular, (if you can imagine that). And by 2022, lucky Jupiter will return to your sign for the first time in 12 years boosting your image in the world and attracting good fortune to you. In turn, this will lead to richer earnings in 2023. Oh my!

SUNscopes for the week of Jan. 7

SUNscopes for the week of Jan. 1

SUNscopes for the week of Jan. 15