Women: Are you listening to your body? 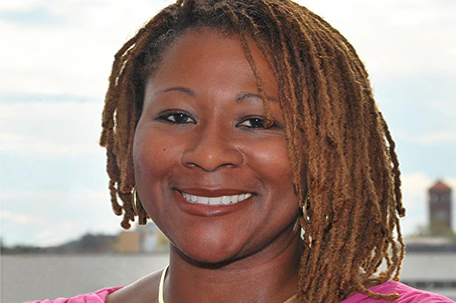 ABOVE PHOTO:  Teresa, a vulvar cancer survivor diagnosed at age 40.

Three women who don’t know each other and have very different backgrounds and life experiences have at least one powerful thing in common: They are survivors of a gynecologic cancer. Janet, Sharolyn, and Teresa each had different signs and symptoms. All three say that knowing their own bodies and what was normal for them, recognizing symptoms, and seeking medical attention promptly made all the difference.

According to the Centers for Disease Control and Prevention’s (CDC’s) Inside Knowledge campaign, each year about 89,000 women in the U.S. learn they have a gynecologic cancer. The five main gynecologic cancers are cervical, ovarian, uterine, vaginal, and vulvar. However, screening is recommended only for cervical cancer (the Pap test does not screen for any cancer except cervical). Being able to find gynecologic cancers early – when treatment works best – often depends on women knowing their own bodies, recognizing symptoms, and seeing their doctors when something is not normal for them.

At age 54, Janet thought she was done with menopause, but then she had some bleeding that she says was like “mini-periods.” The Pennsylvania woman told her doctor, who performed a series of tests. Janet, a creative director, wife, and mother of two, learned she had ovarian cancer.

“If I hadn’t mentioned the bleeding, and my doctor hadn’t acted as quickly as she had, the outcome would have been much different,” Janet said.

Sharolyn, a Virginia native and nurse, was newly married and trying to get pregnant at the time of her cancer diagnosis. Recognizing unusual symptoms helped save her life. First, Sharolyn noticed an ache in her abdomen that didn’t go away. In fact, it got worse. When she started feeling nauseated, too, she called her doctor. Tests showed she had ovarian cancer.

“Almost no one thought I would survive the initial cancer for six months,” Sharolyn said. “But here I am 33 years later.”

Teresa, a former college administrator from Illinois, noticed an abnormal bump and thought it was just an ingrown hair and nothing to worry about. Still, she asked her doctor about it. She was shocked to learn she had vulvar cancer. After treatment, her long-term prognosis is good.

“I’d much rather be embarrassed and alive than modest and dead,” Teresa said. Her cancer was caused by a strain of the human papilloma virus (HPV). She now talks to young women and their parents about vaccination to prevent HPV, which is also linked to cervical and vaginal cancers.

The new STD that can kill you