Miss Jessie’s co-founder talks about losing her sister Titi to suicide: “she was trying to tackle it” 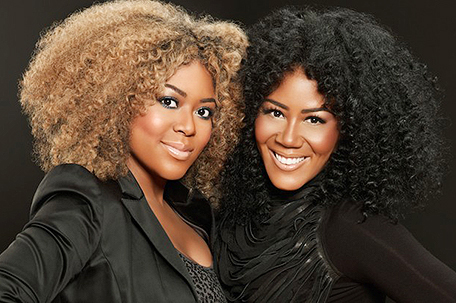 In December 2014 Miko Branch, co-founder of the Miss Jessie’s natural hair care empire, lost her sister Titi to suicide at the age of 45.

Miko and her big sister, Titi Cree Branch, also the co-founder of Miss Jessie’s were, and now in spirit, inseparable.  Miko speaks of her big sister in present tense.

“She is still with me,” says Miko.

Miko and Titi were close. Not only were they business partners but they also co-parented Miko’s son and lived together for years while building their empire.

Miko says her son is not very talkative about his aunt Titi’s passing.

“It’s hard to tell which part is depression from the passing of his aunt or normal teenager stuff,” said Miko.

Miko and Titi started their thriving salon and natural hair care business in their  Brooklyn brownstone, making their own natural hair care products from scratch. Their home business grew into a multi-million dollar empire with their product line being sold in Target and other national chains.

Their Miss Jessie’s hair salon which opened in 1997 and now located in the SoHo section of Manhattan, is where Miko still does hair in addition to running the Miss Jessie’s empire. Their salon and products are named after their paternal grandmother Jesse Mae Pittman who often cooked and made her natural hair preparations from scratch.

In 2004, Miss Jessie’s became the first company to develop products designed for every type of textured curly hair, for persons of every ethnic background.  It was Titi who created products from scratch such as Miss Jessie’s famous Curly Pudding, Curly Meringue and Curly Butter Crème to name a few.

Titi passed away while she and Miko were writing their best-selling book Miss Jessie’s Creating a Successful Business from Scratch Naturally. Titi had a history of depression and tried her best to fight it, including taking medication at times. 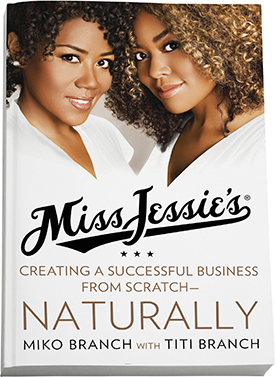 During our two-hour sit down conversation Miko discussed her sister Titi’s battle with depression:

MP: First, how are you doing and what is your process of self-care while you are managing the grief of losing your sister?

MB: I’m doing good because I’ve surrounded myself around people who love me.  I’m also going to therapy twice a week and I also find that to be very helpful.  Particularly during this time after my sister’s passing, but also, I wish that I did therapy a long time ago. It’s something that’s so healthy, so positive and so proactive. I think most people should take therapy. That’s just my personal opinion.  Talking about my sister really has been very helpful.  I really feel like Titi is here with me. Every time I speak of her, think of her, I always feel like Titi  is still here.  My sister pretty much raised me, so I feel like Titi prepared me for this day in so many ways. I feel like I’m in a good position to carry on.

MP: Self care has been a thing, especially in 2016, that people are starting to realize its importance.  When did you begin to notice that Titi had depression and she’s not just having “a down day?”

MB: In 2006, Titi and I had been vigorously involved in the building of Miss Jessie’s. And, in 2006, Titi told me she started seeing in gray and she couldn’t organize her thoughts. That was a new thing because Titi had always been our organizer, the person that took care of all our matters.  So when Titi said she was seeing in gray, and things were blurry to her, it was a moment we had to really stop and take heed to this change.  Then Titi, little by little, started to tell me she wasn’t feeling well using words like depressed. Although she never used the word mental illness, depression was a word that was foreign to us. I don’t know how many people experience this.  But in African American families, because my dad is Black, that’s not a word that we’re familiar with or that we have a lot of knowledge with. I looked at depression as maybe something she misdiagnosed, and I looked at depression as maybe something that she misunderstood. My sister played the role of the big sister, so for her to be depressed to me was a little odd. But, Titi has mentioned it.  In 2007 and  2008 it was very apparent to me that Titi was depressed. Titi did a lot of sleeping.

Look out for loved ones

Miko also stressed the importance of minding our loved ones if we have an understanding that they are not mentally well.  When speaking about depression and how relationships can affect the actions of a person battling the illness, Miko says:

“The motives of friends around you will play a part in the moves you make,” pointing out that significant others or romantic partners, can play a part in someone’s demise if they are suffering from depression.

• “We [Miko and Titi] were building our business and hardly had time to relax and enjoy ourselves. Once you get to a place where you can, take time for yourself.”

• “Before I love any man, I love Miko. I’m not looking for a man to make up deficits.”

• If a boy don’t like you, its not the worst thing in the world.

• Get prenups while you are in love and in a healthy place versus when your mad.

• In your thirties you get to know how who you are.  You start to tap into how you are built.

• In your 40’s you are going to embrace and  love yourself.  What you did in your previous decades affects you now. 40’s is the decade of satisfaction or regrets. Its a transitional time.  This decade is a time where you get to make some changes and you still have opportunity to make corrections.

When it comes to love, Miko has found it in a childhood friend Anthony Bodden.

“I recently reunited with my 7th grade boyfriend. We are best friends.  I’ve known him as kids. We’re spending lot of time to get to know each other, to know him as a man.”

Miko and Anthony were each other’s first kiss and didn’t see one another for 30 years. They reconnected through Facebook and stayed friends for 7 years.

“There comes a time when facetime and texting is not enough. I think God put him in my life to help me through, laugh a lot,” says Miko.

Although Miko is in love, she shares some of the qualities that would turn her off in general from a man.

“I’m very rebellious against men who want to run sh– because my dad was so domineering. I have qualities where I’m resentful of men trying to use intimidation or brute force to get their way.”

Miko stresses that her father was not abusive, but described in her own words, they “got ass whoopins” as kids.

For Miko, her new boyfriend doesn’t have those qualities. They are in love, finish each other’s sentences and do things together.

“We exercise, jump rope, walk 4 to 7 miles over Brooklyn Bridge, walk up to Upper West side, do things together as a couple.”

Now that Miko is in her 40’s and in love, is she open to having a new bundle of joy?

“Another baby, if God allows something that beautiful, we welcome it.”

Thinking about the importance of self-care as she heals from her sister’s passing, she wishes that she would have  of done one thing sooner.

She reiterates: therapy and that everyone in general should take it.

“Therapy helps shape and find your voice, your personality.”

If you or a loved one needs help with mental health or suicide prevention assistance call 800-273-8255 or suicidepreventionlifeline.org

*Monica Peters is a public relations professional, editor and Founder of Genius in Collaboration PR™

Part II: The beauty of it all, after talk with Miss Jessie’s Co-Founder Miko Branch on mental health & self care, Monica goes to their NYC salon