The Power of 30-BEBASHI Transition to Hope celebrates 30 years 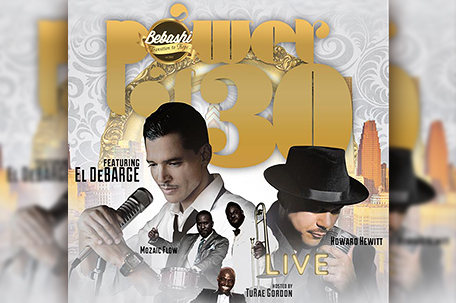 May 1, 2015 Category: Health Posted by: adminphilasun

This September, BEBASHI will celebrate its 30th Anniversary of battling HIV and AIDS in the African American community. Thirty years of treatments, deaths, and new developments. A lot has changed in thirty years.

“Thirty years ago, our focus was on keeping patients alive”, said Gary Bell, Executive Director of BEBASHI. “Very few treatments were available back then. We dealt with most patients for 3-6 months before they died.”

Bell has been with BEBASHI for 19 of the organization’s 30 years. Today, the work BEBASHI does is much more focused on case management, he said. Because of medical advances over the past few decades, when a person is infected with the virus, it is no longer a death sentence. Today, it has become more manageable, so BEBASHI’s work focuses more on helping patients with housing, employment, and other social services. Despite all of these medical advances, however, the challenge in servicing the HIV and AIDS community today is in actually getting those infected to stick with their treatments.

According to a recent report by the CDC, 75 percent of people infected with HIV do not have a treatment plan. That 75 percent makes up 91percent of all new HIV cases. That’s about 700,000 people in the United States. Fifty percent of the people living with HIV/AIDS are African American.  African American males are the largest growing population of new HIV/AIDS cases, and about 1/3 of males who classify themselves as heterosexual have also admitted to having sex with men.

Those statistics can be scary.

When a HIV patient has a long-term treatment plan (meaning they are receiving and actually taking their medications) they are less likely to spread the virus, even if they have sexual partners. But patients who refuse treatment are extremely contagious, putting the rest of the population, specifically those they may exchange bodily fluids with, at high risk.

So 30 years later, the work is still plentiful for BEBASHI, and organizations like it, although funding is not. “The government’s priorities have changed in regards to education”, said Bell. “They don’t think it works.”

HIV prevention initiatives are now focused on testing, so BEBASHI targets those populations that have the highest risk. In Philadelphia, that high risk population includes low-income residents, inmates, drug users, and young men who have sex with men.

The young men can be the hardest population to reach according to Bell. “Millennials don’t want to be labeled. They’re not gay. They’re not bisexual. And we have a hard time reaching them.”

One of the ways BEBASHI is hoping they can reach those high risk millennials is by offering incentives to be tested. On June 20th, BEBASHI is hosting a free concert featuring rapper Chill Moody. The only way people can gain access to the concert is by getting tested for HIV at BEBASHI.

In September, they’ll host the official 30th anniversary celebration at The Crystal Tea Room. The event will be hosted by comedian TuRae, and feature a performance by El Debarge, as well as a slient auction featuring works from October Gallery. As a precursor to the main event, BEBASHI  will honor 30 individuals that have supported their work over the years at a free event in May at First District Plaza. For tickets and more information you can visit www.bebashi.org.

Although there have been great advances in treating HIV, there are still some major obstacles to providing education and prevention in the African Americans community.  Outreach initiatives often inspire the discussion of conspiracy theories that distract from the bigger issue.  “Too often, when I talk to someone about HIV, they bring up conspiracy theories,” said Bell.

You’ve probably heard them before: the government actually created the AIDS virus, there’s a cure for it, Magic Johnson was cured.

“What people don’t understand is that they aren’t helping. They aren’t addressing the issue”, said Bell.  “It’s really sad that we’re still having these conversations in 2015. There is still a homophobic idea around the virus. A lot of people don’t have the right info, and they make things up.”

Whether you believe the theorists or not is not the real issue. The issue is that HIV and AIDS still disproportionally affects African Americans. There is still a huge need for the services provided by BEBASHI. And BEBASHI still needs some serious financial support.

“When HIV was first identified there were no other companies addressing HIV in our community”, said Bell. “It wasn’t easy, but we’ve spent 30 years serving our community. In order to continue this work, we need the support of our community.”