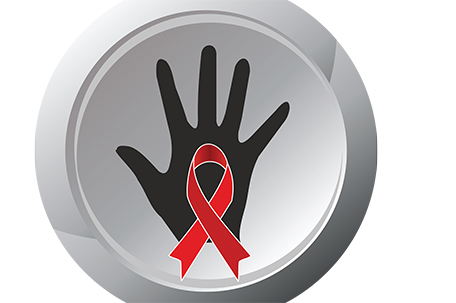 Gladys Gutierrez was infected with HIV in 1989. She was infected through a blood transfusion. “I started coming to BEBASHI while I was in recovery. It was alcohol”, she says. “I would just take my medication with whatever I was drinking.”

Gutierrez jokes that she probably won’t die from HIV or AIDS. “My daughter tells me I’m more likely to die from a fall.” Her uncle died from AIDS. Her brother was HIV positive but he died from an overdose. Her sister who was also infected with the virus committed suicide. “My sister thought she was going to die, so she took her own life. My uncle was on crack, he was out there. He died from AIDS.”

“I know I have to live with this.” said Gutierrez, who is also a breast cancer patient. She says the cancer affects her health more than the HIV. “I take four pills in the morning and two pills at night. That’s including my other medications.” She used to take 23 pills in the morning and 18 pills at night. But she’s spent the last 20+ years getting virus under control. Before starting chemotherapy for her cancer, her cell T-count, or number of white blood cells, which is extremely important for HIV patients was previously 679. “Now, because of the chemo, it’s down to 333.”

Gutierrez talks about HIV as if its high blood pressure or some other condition that must be managed.

“BEBASHI taught me to be comfortable with it. I used to be afraid because of stereotypes. Now I know that if a person cares about me, they’ll accept it,” Gutierrez said.

She has had several relationships since she found out she was infected. There’s also medication that the partner of an HIV patient can take to lessen the risk of infection even more. That plus using condoms keeps both partners safe.

Gutierrez is what an HIV patient looks like in 2015. She’s extremely active and outspoken. She often volunteers with BEBASHI to encourage people to be tested. She also likes to host fish frys and bake sale fundraisers for the organization. She has an extremely strong support system, both through BEBASHI, where she serves as a board member, and her family.

She also is extremely passionate about other people getting tested. “If you’re scared, go with a friend,” Gutierrez said. And if you test positive, take your medication. There is a treatment out there that will work for you. Don’t stop until you find it. I realize if I didn’t get help when I did I probably would have been dead by now. BEBASHI played a big part in that.”

HIV is a serious, life-changing disease, but it’s no longer a death sentence.

“Shoot, there are people with HIV that are living healthier than some people who don’t have it,” Gutierrez said.