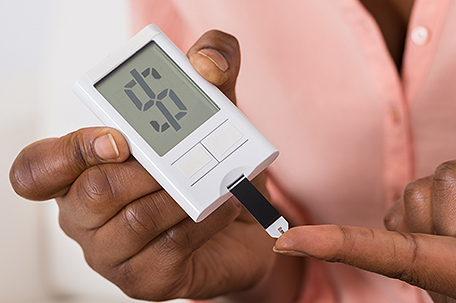 The American Diabetes Association (ADA) strongly supports the introduction of the Insulin Price Reduction Act in the United States House of Representatives. The ADA thanked Congressional Diabetes Caucus Co-Chairs Rep. Diana DeGette (D- Colo.) and Rep. Tom Reed (R-N.Y.) for their leadership in introducing the House version of this legislation, which will lower the cost of insulin for many Americans who rely on it to stay alive. The Insulin Price Reduction Act was first introduced in the United States Senate on July 22, 2019.

For more than 7.4 million Americans, including all individuals with Type 1 diabetes, insulin is a life-sustaining medication for which there is no substitute. Ballooning costs have put lifesaving insulin out of reach for an increasing number of Americans. Between 2002 and 2013, the average price of insulin nearly tripled. A 2018 ADA survey showed that individuals with diabetes who face high out-of-pocket costs are forced to make decisions about their insulin regimen that can have damaging consequences on their health. Many individuals with diabetes ration or forego insulin doses to reduce costs.

“Insulin is a matter of life and death,” said LaShawn McIver, MD, MPH, senior vice president of government affairs and advocacy. “For the many Americans who cannot afford their insulin, the consequences can be dire, including serious complications, such as cardiovascular disease, blindness, kidney disease, amputation, and  even death. The American Diabetes Association applauds Representatives DeGette and Reed for their leadership in addressing this urgent issue. We urge all members of the House of Representatives to support this critical legislation and advance it through the legislative process.”

The Insulin Price Reduction Act seeks to address the skyrocketing cost of insulin by encouraging insulin manufacturers to reduce the list price of all insulin products to their 2006 list price. Importantly, these lower-priced products would not be subject to health plan deductibles and would not be placed on  less favorable formulary tiers. Rolling back list prices for insulin products by over a decade will make insulin more accessible for many Americans, both insured and uninsured.

The ADA continues to work diligently on the critical issue of insulin affordability. In 2016, the ADA’s Board of Directors released a resolution calling on all entities in the insulin supply chain to increase transparency in insulin pricing and to ensure that no one living with diabetes is denied affordable access to insulin. The resolution also called on Congress to hold hearings with all entities in the insulin supply chain to help identify the reasons for the dramatic increases in insulin prices and to take action to ensure that all people who use insulin have affordable access to the insulin they need. The ADA’s Make Insulin Affordable petition has achieved more than 487,000 signatures to date.

In 2017, the ADA’s Board of Directors convened an Insulin Access and Affordability Working Group, and the Working Group’s findings were detailed in a white paper published in 2018 in the journal Diabetes Care. The ADA subsequently issued a public policy statement providing detailed recommendations to lawmakers. The ADA has also testified at multiple congressional hearings in 2018 and 2019 focused on the high cost of insulin.

Resources are available through the ADA’s call center at 1-800-DIABETES, and at www.InsulinHelp.org.

Control your diabetes while controlling costs