Stop the nausea of migraine headaches with this innovative solution 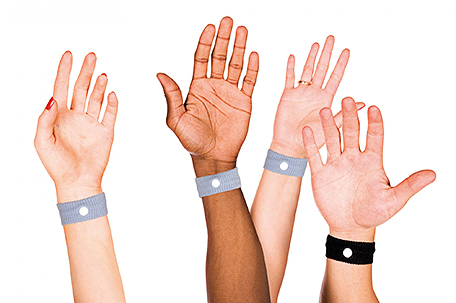 The throbbing, the pressure, the pain – more than 36 million Americans know these symptoms well. They represent the onset of another migraine headache attack.

Migraines are the 19th leading cause of all years lived with a disability according to The World Health Organization. And for those who live with the condition, there may be no symptom of a migraine more debilitating than nausea. In fact, research shows 80 percent of American migraine sufferers deal with this symptom.

Those who suffer from migraines with nausea know that eliminating nausea as a symptom can in turn help a patient more easily take their migraine medication.

Finding a treatment solution for nausea

In the past, many nausea sufferers have turned to antiemetic drugs to relieve their symptoms, but new treatments do exist that are helping people find relief. Recognizing the value of these treatments, many Americans are now lessening their nausea side effects not through medications, but with acupressure.

New research from the University of Turin, appearing on Springerlink.com, finds that pressure applied to the acupoint PC6, in the wrist, has been proven to provide relief from nausea symptoms brought on by a migraine headache. The research included 40 female patients suffering from migraines without aura and whose nausea was always a reoccurring symptom.

Over the course of the study, the patients were treated with different solutions as they suffered six different migraine attacks. Three of these attacks were treated by the Sea-Band wristband – which is designed to apply continuous pressure to the PC6. The other three treatments did not include this pressure.

As the study progressed, patients were asked to grade their nausea levels on a scale of 1-10 over varying time periods of 30, 60, 120 and 240 minutes. In every incidence, the patients reported that their levels of nausea were less during treatments when the Sea-Band wristband was applied as compared to incidents without the wristband. In addition, the number of patients who reported a 50 percent reduction in their nausea when using the Sea-Band wristband was significantly higher during the 30, 60 and 120-minute testing sessions.

Finally, patients’ reported consistency of treatment seemed to climb as the time increments increased, moving from 28 percent at 60 minutes to 40 percent at 120 minutes and 59 percent at 240 minutes. Upon reviewing the data, the eight-person research team stated the “results encourage the application of PC6 acupressure for the treatment of migraine-associated nausea.”

If you suffer from nausea caused by migraine headaches, visit www.sea-band.com to see if acupressure wristbands are right for you. The wristbands are also available at all major drug stores and Target.

Suffer from migraines? Treatments help prevent attacks before they start

Women urged to speak up about silent symptom of menopause

Dermatologists may unknowingly be misdiagnosing a rare form of cancer