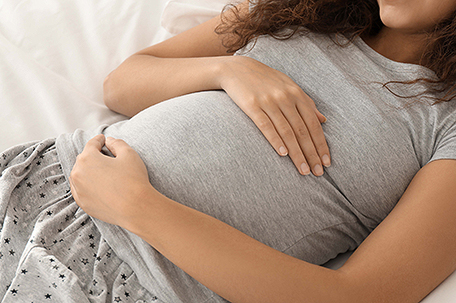 The rates of maternal mortality and preterm birth continue to rise dramatically in the United States. According to the CDC and March of Dimes, more than 700 women die of pregnancy-related causes in the U.S. every year, and more than 1,000 babies are born prematurely every day. It’s impossible to point to one specific cause for these serious issues, particularly because of how segmented our healthcare system is. But by standardizing protocols across the U.S. healthcare system, advocates say we could decrease harm and improve care for women and their unborn babies.

While “healthcare” is often discussed as a monolith, a single system in need of repair, it’s actually a fractured industry composed of thousands of healthcare providers, insurance companies and individual healthcare professionals. When it comes to actual patient care, these divisions result in wide variations across state lines, between healthcare provider networks, and even between individual hospitals and clinics. Experts note that this lack of standardized care, particularly for pregnant women and their unborn babies, often leads to missed opportunities for improved outcomes.

Take, for example, the case of fetal fibronectin (fFN) testing, which is highly effective in helping doctors rule out whether a woman with symptoms of preterm labor is really at risk for giving birth prematurely. A negative fFN test means there is a less than 1 percent chance of a premature birth happening in the next 14 days. But despite its 20 years of proven effectiveness, it remains underutilized. A recent study found that only 12 percent of women who went to the hospital with symptoms of preterm labor received an fFN test as part of their triage assessment.

The result? Women were admitted to the hospital unnecessarily, using critical resources and incurring large medical expenses. Others were sent home when they should have been hospitalized. In fact, a full 20 percent of women in the study who were discharged home gave birth within 72 hours. Failure to utilize proven triage tools that reliably help rule out the risk of imminent preterm delivery, such as fFN testing, resulted in inappropriate hospital discharge, likely leading to missed critical care opportunities.

Where standardized protocols have been implemented, outcomes have been largely positive. According to the American College of Obstetricians and Gynecologists (ACOG), “Protocols and checklists have been shown to reduce patient harm through improved standardization and communication.” Notably, both Mayo Clinic and Brigham & Women’s Hospital implemented standardized triage protocols that included fFN testing, resulting in both cost savings and improved outcomes for both mothers and their babies.

As if improved patient outcomes weren’t enough reason for enacting standardized care, there are other benefits as well. Studies show that Medicaid covers nearly 50 percent of premature births, and overall preterm births cost the U.S. economy more than $26 billion every year. Improved maternal care could reduce those costs and alleviate some of the strain on the entire healthcare system.

While experts acknowledge that every patient case is different and ultimately requires individualized care, it is critical to have a standardized approach to ensure proper evaluation and treatment is considered. Evidence-based protocols for pregnancy-related complications have been shown to improve health outcomes, ensure the appropriate allocation of resources and reduce healthcare costs.