Should you be eating more salt? 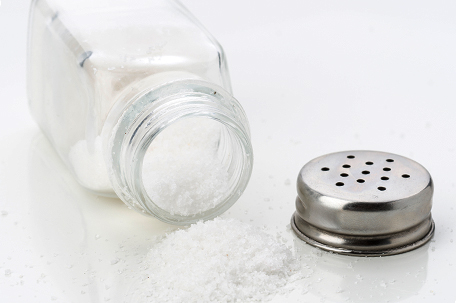 You can find them on the side of most every product at your local grocery store. They are plain and kind of boring but nutrition labels were designed to contain vital information for good health and wise food choices. These labels tell you the number of servings in a container, how many calories per serving, and what amounts of vitamins and essential nutrients they contain.

However, they don’t just give you the raw data, they also tell you what percentage of your daily allowance of needed nutrients you are getting. When it comes to sodium, however, that may be a problem. The daily allowances are based on the 2015-2020 Dietary Guidelines, with guidance from the Health and Medicine Division of the National Academies of Sciences, Engineering, and Medicine.

The current FDA Dietary Guidelines call for a maximum daily sodium allowance of 2,300 mg, well below what the average American eats, which is about 3,400 mg per day of sodium. But, when the IOM studied this issue and released their report in 2013, “Sodium Intake in Populations: Assessment of Evidence,” they found no evidence to lower the daily allowance below 2,300 mg per day and some indication that doing so would be harmful.

An increasing amount of research is contradicting the FDA’s sodium guidelines. A 2014 study, published in the New England Journal of Medicine, found that the healthy range for sodium consumption was between 3,000 and 6,000 mg per day and eating less than that may increase the risk of death or cardiovascular incidents. And a 2011 study published in the Journal of the American Medical Association found that low-sodium diets were more likely to result in death from cardiovascular disease.

Low-salt diets can lead to insulin resistance, congestive heart failure, cardiovascular events, iodine deficiency, loss of cognition, low birth weights and higher rates of death. Dr. Michael Alderman, editor of the American Journal of Hypertension and former president of the American Society of Hypertension, has repeatedly cited his concern that a population-wide sodium reduction campaign could have unintended consequences.

Very few countries in the world meet the government recommendations. A study of almost 20,000 people in 33 countries shows the normal range of consumption around the world is 2,800 to 4,800 mg/day. This is consistent regardless of where people get their food, from home-cooked meals, prepackaged meals or restaurants.

The new nutrition labels were supposed to go into place this year, but now the FDA has indefinitely delayed their implementation. This could allow them time to adjust the sodium limits to more accurately reflect the evidence.

Health story of the year: salt is vindicated

Food for thought: Cutting back on salt may cause you to eat more