Robin Williams’ death: The difference between depression and normal sadness 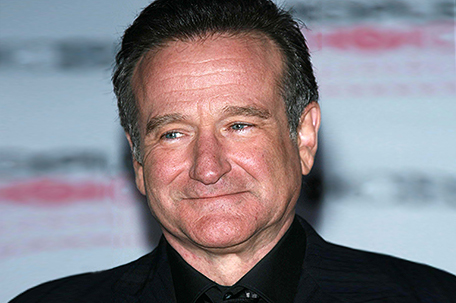 Legendary comedian/actor Robin Williams was found dead Monday afternoon at his home near Tiburon, California, according to the Marin County Sheriff’s Office. He was 63.

Emergency personnel found Williams unconscious and not breathing at 12 PM, local time; he was pronounced dead at 12:02 PM, according to a news release from the Sheriff’s Office.

“At this time, the Sheriff’s Office Coroner Division suspects the death to be a suicide due to asphyxia, but a comprehensive investigation must be completed before a final determination is made,” the news release said.

A representative for Williams told Entertainment Weekly, “Robin Williams passed away this morning. He has been battling severe depression of late. This is a tragic and sudden loss. The family respectfully asks for their privacy as they grieve during this very difficult time.”

Major depression is one of the most common mental disorders in the United States, according to the National Institute of Mental Health. In 2012, an estimated 16 million U.S. adults had at least one major depressive episode, or bout of depressive symptoms, in the past year.

But despite how common the illness is, many people do not understand exactly what it means to have depression, and often think of it as being the same as sadness.

“Depression is one of the most tragically misunderstood words in the English language,” writes Stephen Ilardi, an associate professor of clinical psychology at the University of Kansas, in a blog post on the Psychology Today website. “When people refer to depression in everyday conversation, they usually have something far less serious in mind,” than what the disorder actually entails. “In fact, the term typically serves as a synonym for mere sadness.”

Here are some facts about depression:

•Although major depression can strike people of any age, the median age at onset is 32.5, according to Washington University School of Medicine in St. Louis.

•Depression is more common in women than in men, according to Washington University.

•Men with depression are more likely than depressed women to abuse alcohol and other substances, according to Jill Goldstein, director of research at the Connors Center for Women’s Health and Gender Biology at Brigham and Women’s Hospital in Boston. Depressed men may also try to mask their sadness by turning to other outlets, such as watching TV, playing sports and working excessively, or engaging in risky behaviors, Goldsetein told Live Science in an interview earlier this year.

•Men’s symptoms of depression may be harder for other people to recognize, and the illness is missed more frequently in men, Goldstein said.

•Men with depression are more likely than women with the condition to commit suicide, Goldstein said. Men with depression may go longer without being diagnosed or treated, and so men may develop a more devastating mental health problem.

•Symptoms of depression extend far beyond feeling sad, and may include: loss of interest and pleasure in normal activities, irritability, agitation or restlessness, lower sex drive, decreased concentration, insomnia or excessive sleeping and chronic fatigue and lethargy, according to Mayo Clinic.

Five questions to ask your doctor about depression