The rising burden of Alzheimer’s disease on health costs, caregiver health and 65+ population 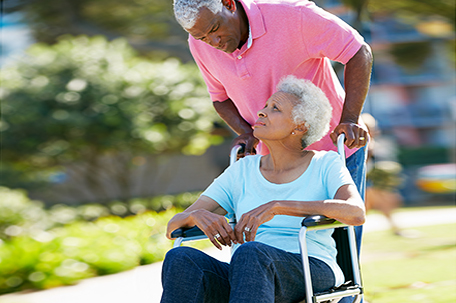 Kristen Beatty’s 78-year-old father, Ray, was diagnosed with Alzheimer’s about 10 years ago. Since then, he has developed a sense of paranoia, insomnia and the delusion that people are stealing from him. Though Beatty and her brother constantly reassure their father to allay his fears, the daily struggle can take its toll. Beatty’s mother, Sue, had previously cared for Ray for about five years. In 2012, Sue died unexpectedly of a heart attack, or as Beatty puts it, she died of a broken heart.

“She was exhausted from the constant care and the pressure that came with it,” Beatty said. “She was eating super healthy, walking every day and taking very good care of herself, so I truly believe it was the stress. My brother and I feel guilty because we could have supported her better, but she wouldn’t ask for help. She wouldn’t consider moving him to a facility or going to support groups.”

The stress and the pressure Beatty’s mother faced is not unlike the experiences of millions of other Alzheimer’s caregivers around the nation, who primarily care for people with the disease because of their desire to keep their family member at home, their proximity to the person with dementia or their perceived obligation – all pressures that can lead to harsh consequences for caregivers.

For example, more than one in three caregivers for people with Alzheimer’s or other dementias report their health has gotten worse due to care responsibilities, compared with one out of five caregivers for older people without dementia. And depression and anxiety are more common among dementia caregivers than among people providing care for individuals with certain other conditions.

Another finding was the growing cost burden of Alzheimer’s. For the first time ever, it now costs over a quarter of a trillion dollars ($259 billion) annually to care for individuals living with Alzheimer’s and other dementias in the United States – $56 billion of which is coming right from individuals’ pockets. According to the report, out-of-pocket costs for people affected by Alzheimer’s are startlingly high, despite support from Medicare and Medicaid. In fact, annual per-person payments for seniors with Alzheimer’s and other dementias are almost five times higher ($10,315) than those for seniors without these conditions ($2,232).

According to Beth Kallmyer, vice president of constituent services for the Alzheimer’s Association, providing ongoing support for the estimated 5.5 million Americans living with Alzheimer’s will need to remain a national policy priority moving forward, as the population at risk for Alzheimer’s is projected to nearly double from 48 million to 88 million by 2050.

“As the number of people with Alzheimer’s continues to grow, so does the impact and cost of providing care to our health system and the millions of unpaid caregivers,” Kallmyer said. “While we’ve seen increases in federal research funding and access to critical care planning and support services, there’s still an urgent need to expand options and support for family-centered and community care and to fund more research that can bring us closer to effective treatment options and, ultimately, a cure.”