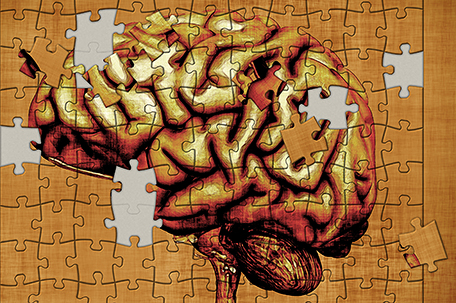 NORRISTOWN, Pa.  — When a 6-foot-5, 270-pound man with a history of violence broke out of a mental health ward near Philadelphia and tried to withdraw money from a bank, a confrontation with police seemed likely.

But Lower Merion Township police officer Matthew Freind used his mental health training to calmly talk to the man and defuse the crisis.

“No force was necessary,” Freind said. “He thanked me. He said, `You’re the only person that’s ever truly listened to me.’ That was a situation where things could’ve gotten out of hand very quickly.”

Sometimes they do, especially if police aren’t trained how to respond to the severely mentally ill.

Dozens of mentally ill people die in run-ins with police every year. Last month, a homeless camper in Albuquerque, N.M., was killed in a shooting captured on an officer’s helmet camera, sparking an FBI investigation and a protest that forced the city to call out riot police.

Mental health advocates say violent confrontations occur regularly between people with untreated mental illness and officers who often aren’t equipped to deal with them. They blame a mental health system whose funding has been severely slashed, thrusting police into the role of first responder.

“We have systematically dismantled the treatment system for people with the most severe mental illness, and that has consequences,” said Doris Fuller, executive director of the Treatment Advocacy Center in Arlington, Va. “We have basically discontinued the hospital option for people who are in psychiatric crisis. What happens instead? They don’t get the treatment they need, they continue to deteriorate and at some point, someone calls the police because they’re out of control and there’s nowhere else to go.”

State psychiatric hospitals began closing en masse 50 years ago amid deinstitutionalization, a shift to community-based treatment. But a persistent lack of funding for mental health services has left many without needed support. As a result, people with serious mental illness often wind up homeless or cycle in and out of jail.

The Great Recession worsened the problem. States cut more than $4 billion from mental health budgets from 2009 to 2012, eliminating thousands of in-patient psychiatric beds, according to a 2012 report by the National Association of State Mental Health Program Directors.

Now officers spend a disproportionate amount of time on mental health calls, said Michael Biasotti, who has studied the impact of deinstitutionalization.

“If I could make one recommendation, it would be to prevent individuals from deteriorating to the point where law enforcement becomes involved. Return care and treatment of the most seriously ill back to the mental health system,” Biasotti, the police chief in New Windsor, N.Y., told a U.S. House panel last month.

That didn’t happen in the case of Brenda Williams.

In 2009, the 52-year-old Air Force veteran – suffering from paranoid schizophrenia – ran at police with a knife in her hand and was shot dead inside her apartment. Her family says Scranton police and other officials knew she was delusional from previous incidents but did not have her committed.

“They should’ve handled it in a way that suited her mental illness,” Williams’ 19-year-old daughter, Alana, told The Associated Press. “She didn’t have to die the way she did, and she shouldn’t have had to. There were so many warning signs.”

Williams’ shooting was ruled justified and no charges were filed, but her death spurred change. Police from Scranton and about a dozen nearby departments now receive crisis intervention training.

Scranton officers, using a program developed in Memphis, Tenn., more than 25 years ago, get 40 hours of training in how to recognize and respond to mental illness and psychiatric emergencies. Such crisis intervention teams have been installed in nearly 3,000 police departments out of 18,000 nationwide.

Mental health advocates say training can help police spot when someone is in crisis and adjust their tactics accordingly, potentially reducing injuries to officers and people with mental illness as well as the frequency of arrests.

“It absolutely has made a difference,” said Marie Onukiavage, executive director of the Scranton-area chapter of the National Alliance on Mental Illness. “Family members are seeing a great deal of understanding and patience and knowledge about what their loved one might be going through.”

At Montgomery County Emergency Service, a private psychiatric hospital outside Philadelphia, officers are taught that how they talk and even where they stand can make a big difference.

Police learn they should try to make eye contact, speak calmly and listen.

“You have to hear what the problem is before you can actually try to fix it,” said Michelle Monzo, who has trained about 3,800 officers over the last five years.

A recent simulation showed police how hard following commands can be for someone who is hearing voices.

Officers Edward Sarama and Robert McGuire pretended they had to talk a man with schizophrenia out of a chair – where he had sat for a day, covered in his own waste – and get him committed. The tenant was played by Officer Matt Dougherty, who literally heard voices as Monzo and another officer jabbered nonstop into his ears.

“We’re here to check up on you. Have you been in the chair for very long?” McGuire asked. “Try to focus on me, Mr. Dougherty.”

Dougherty was unable to respond, distracted by the voices.

“I never experienced anything like that before,” he said later. “To see it from the other side was eye-opening.”