The overuse of imaging procedures on the decline since 2008 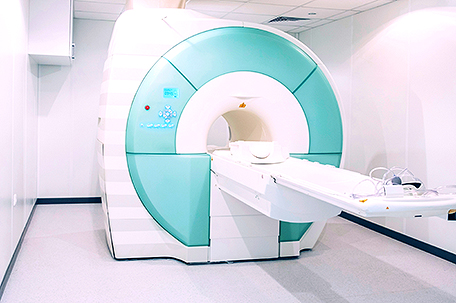 Doctors have been ordering fewer of the most expensive imaging studies

The use of high tech imaging studies — the CTs, MRIs, nuclear scans, and ultrasounds that help physicians diagnose disease — had been rising rapidly between 2000 and 2008. In order to help curb growing healthcare costs, new Medicare policies were put in place that reduced the payments for these tests. There has been, however, debate as to whether these policies have effectively decreased usage or simply caused a short-term pause in a continuing upward trend. Researchers from the Department of Radiology at Thomas Jefferson University now show that not only has usage leveled off, but there has been somewhat of a decline in recent years.

“The data show that there has been a correction in the over-ordering of imaging tests, particularly of the high tech exams that are the most costly,” says lead author of the paper David Levin, M.D., Professor Emeritus and former Chair of the Department of Radiology at Thomas Jefferson University. The results were published in the influential journal “Health Affairs”.

Some of the increases in use starting in 2000 were likely due to improvements in imaging technology that gave doctors more precision in their diagnoses. But by 2007, the use and the cost of imaging technology in the United States was higher than in any other developed country, due to many contributing factors. Patients were becoming more educated on the web and requesting their doctors to order sophisticated imaging. The population was aging, and older individuals need more imaging than younger ones. Doctors themselves had concerns about malpractice liability if a diagnosis was missed. Imaging tests were well reimbursed, and many physician offices bought their own imaging equipment, and in a practice called self-referral, would refer their patients to imaging machines on their premises. In addition, as physicians became increasingly pressed for time, imaging studies could often provide faster answers than a careful patient history and physical examination. All these factors had helped propel greater use of imaging, Dr. Levin said.

In 2008, the overall usage of imaging tools began to decline. Some procedures, such as nuclear scans, echocardiography, and CT scans had very sharp declines, while others, like non-cardiac ultrasound and MRI began to level off.

Dr. Levin and colleagues showed that dips in usage could be linked to the dates when policies such as cuts in reimbursements and code bundling came into effect and decreased the overuse of these diagnostics.

“There were other factors that also helped limit the rapid growth, such as greater attention by physicians to practice guidelines, concerns about radiation exposure to patients, and the Great Recession of 2007 to 2009,”  says coauthor Vijay Rao, M.D., chair of the Department of Radiology at the Sidney Kimmel Medical College at Thomas Jefferson University. “However, we expect that additional changes, such as the advent of lung cancer and other screening programs and the use of computerized clinical decision support, will continue to promote and support appropriate use of imaging technology.”

“Much has already been accomplished in terms of curbing inappropriate use of imaging, and barring any unexpected changes, we believe our data suggest that the current usage rates will stay pretty much level in the foreseeable future,” says Dr. Levin. Both he and Dr. Rao  emphasized that radiologists and cardiologists – the two main providers of imaging services – are continuing their efforts to try to reduce inappropriate imaging.

The other authors of the paper were Laurence Parker, Ph.D. of Jefferson’s Department of Radiology and Charles Palit, Ph.D. of the University of Wisconsin. The authors report no conflicts of interest.

Americans get most radiation from medical scans