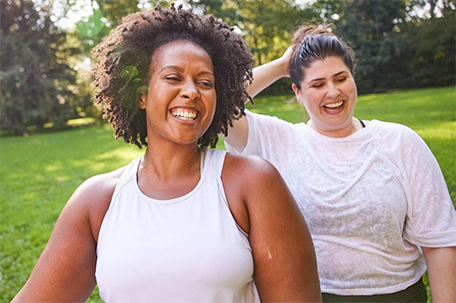 It’s an experience shared by many: You make an ambitious health resolution at the start of the year and a few months – or weeks – later, you lose steam and throw in the towel. This year break the cycle of broken resolutions by focusing on simple, yet effective ways you can impact your wellness long term. The key? Small daily habits.

Nicholas Frye, MS, LCPC, CHES, behavioral counseling manager at OPTAVIA and an expert on psychological factors that influence health, shares how you can create lasting healthy habits, break those unhealthy ones and create positive changes to your wellbeing:

Habits are a fundamental part of the health and wellbeing program, OPTAVIA. Its approach is built around four key components: a supportive community, an independent coach, a blueprint for learning and mastering healthy habits, and easy nutrition.

“Forming a new, healthy habit involves repeating a health-promoting behavior in response to some trigger that’s already a part of your day, such as a specific location like the kitchen, certain situation like making your morning coffee, or particular person like your significant other, until there is a learned connection between trigger and behavior,” said Frye.

As an example, to develop a new, healthy walking habit, first select a specific health-promoting behavior such as “go for a 10-minute walk.” Then identify a stable cue which occurs daily in your life such as “after breakfast.” Then repeatedly perform the walking behavior in response to the after-breakfast cue which will, over time, result in an automatic habit.

It takes 66 days – on average – to develop a new habit, according to a 2009 study published in the European Journal of Social Psychology. However, the exact timeframe is different for everyone. As the behavior is repeated in response to the cue, the association between them becomes stronger, more efficient, and automatic until the cue alone is enough to trigger the associated behavior without conscious thought.

Forming new, healthy habits through behavior and cue association is one part of a long-term approach to wellness, but how do you break an established, negative health habit?

For example, to break a habit of drinking sugary sodas while watching television, replace the soft drink with sparkling water every time you sit down to binge your favorite show. Eventually, you’ll associate watching TV with this new, healthier behavior.

Resolutions have become overly complicated, which is why Frye recommends instead of committing to a big, audacious goal in the new year, try incorporating small daily habits into one’s life. This allows you one step closer to optimal health and wellbeing every day. These small behaviors are called microHabits and they can compound to have big results.

Some microHabit examples are parking at the back of a parking lot to get your steps in or taking a sip of water as soon as you wake up rather than hitting the snooze button.

“By developing these habits, one small step at a time, we can overcome the intention-behavior gap – in other words, when what you do doesn’t live up to your previous intentions – and it is all the less daunting,” said Frye. “This sets one up for success as opposed to overly ambitious resolutions that don’t guide you from point A to point B.”

How to keep those healthy eating resolutions – in January and beyond

Five simple habits to support your well-being this year