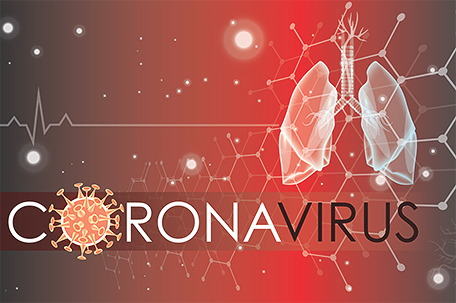 New Jersey officials announced Sunday afternoon that 31 people have tested postive for COVID-19 across the state, bringing the state total to 98.

Murphy was asked about curfews and also self-quarantine after Teaneck Mayor Mohammed Hameeduddin called for a citywide self-quarantine for the Bergen County town hit hard by COVID-19.

“We’re not there at a statewide level on either of those steps, but we could be,” Murphy said on WBLS-FM 107.5. “The curfew is probably, of the two, is probably the more immediate one under consideration.”

Murphy on Saturday night announced the second death in the state from coronavirus, a woman in her 50s who was being cared for at CentraState Medical Center in Monmouth County.

Earlier, he had announced 19 new positive cases, bringing the statewide total to 69.

More than a third of the COVID-19 cases – 25 – are in Bergen County, with 10 in Middlesex County, according to the state Department of Health website.

The New Jersey Department of Corrections said its suspending visits for the next 30 days as of Saturday evening.

Murphy said earlier that the state is preparing for closing schools statewide, though he stopped short of taking that step. He said it’s a matter of when, not if, they close. Education officials said some 354 districts, or roughly half, in the state have closed already.

The citywide curfew that begins Monday will be in effect from 10 p.m. to 5 a.m. and requires all residents to remain in their homes, barring emergencies. People who are required to report to work are exempted.

To further limit gatherings, the city’s Office of Emergency Management will not permit restaurants and bars to serve food within their premises. Bars that don’t serve food will be shut down, effective Sunday at 11 a.m. Any establishment that serves food will be allowed to conduct takeout and delivery service.

Bhalla said that, as he was writing the statement, he received a call from the city’s police chief notifying him of a bar fight in downtown Hoboken. One person fell in and out of consciousness and police waited more than 30 minutes for an ambulance to arrive because of the number of service calls emergency services have received.

He said the incident illustrated how bar operations “can trigger calls for service that are delayed in part because of this public health crisis.”

The chief justice of New Jersey’s court system announced a two-week suspension of municipal court sessions to mitigate public exposure to the coronavirus.

Chief Justice Stuart Rabner said Saturday that individuals scheduled to appear through March 27 before a municipal court to contest a traffic or parking ticket or for a minor local ordinance violation should await notice of a new court date.

Rabner earlier announced an indefinite suspension in all new jury trials, criminal and civil, in New Jersey due to the coronavirus outbreak. The order Thursday said jury trials already underway will continue and grand jury proceedings will continue pending further communication with county prosecutors and the state attorney general.

State officials announced a two-month extension of expiration dates for driver’s licenses as well as vehicle registrations and inspection stickers.

For most people, the virus causes only mild or moderate symptoms, such as fever and cough. For some, especially older adults and people with existing health problems, it can cause more severe illness, including pneumonia, and death.

The vast majority of people recover. According to the World Health Organization, people with mild illness recover in about two weeks, while those with more severe illness may take three to six weeks to recover.