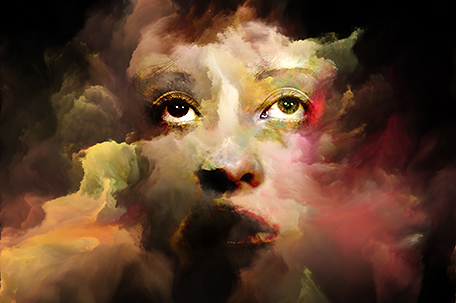 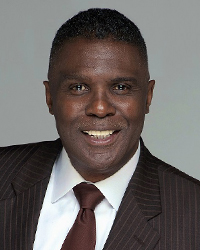 Since 1949, the month of May has been recognized as Mental Health Month.

With African-Americans leading the country with troubling statistics in areas like unemployment, child abuse and neglect, and domestic violence, all of which can exacerbate stress, it is perhaps not surprising that the African-American community leads the country in mental health struggles.

There’s no getting around it — institutional racism is a leading cause of mental illness in African-Americans.

In the early 1970s, the final report of the Joint Commission on Mental Health of Children acknowledged that racism was, for some, America’s “number one public health problem.”

Granted, it’s not the only cause, but racism can psychologically affect Blacks by allowing society to deny their value as individuals, and by compelling them to internalize the racist conceptions of themselves. Racist stressors may also lead to increased physiological reactivity which, when sustained for a period of time, can lead to cardiovascular disorders and diseases.

For African-American adults, perceived racism may cause mental health symptoms similar to trauma and could lead to some physical health disparities between Blacks and other populations in the United States, according to a study published by the American Psychological Association.

Most Americans, particularly African-Americans, underestimate the impact of mental disorders. Many believe symptoms of mental illnesses, such as depression, are “just the blues.”

Often, African-Americans turn to family, church and community to cope. Forgiveness and grace are indeed hallmarks of the Black Church. In one study, approximately 85 percent of African-American respondents described themselves as “fairly religious” or “religious,” and that prayer was among the most common way of coping with stress.

African-Americans are 20 percent more likely to report having serious psychological distress than Whites, according to the U.S. Department of Health and Human Services Office of Minority Services. Yet, African-American adults, especially those with higher levels of education, are less likely to seek mental health services than their White counterparts.

Historically, African-Americans have normalized our own suffering. During slavery, mental illness often resulted in a more inhumane lifestyle including frequent beatings and abuse, which forced many slaves to hide their issues. Over time, strength became equated with survival and weakness (including mental illness) meant you might not survive. That stigma still exists today.

Growing up, I was always told to read the Bible, or pray to “get over” feelings that I now know were depression. In adulthood, I have learned that it’s okay to not be okay.

African-Americans may be resistant to seek treatment because they fear it may reflect badly on their families-–an outward admission of the family’s failure to handle problems internally. For many African-Americans who suffer from mental disorders, most hold negative attitudes about people who obtain mental health care. No matter how bad their situation was, they didn’t want to be one of “those people.”

Many African-Americans, especially those who’ve ascended the socio-economic and professional ladder in the face of institutionalized racism, struggle with feeling compelled to be strong. Some are so socially isolated that they feel they can’t trust anyone or share anything and must go it alone.

Mental illness takes many forms; therefore, the issues those battling mental health face often go unseen. For some Black celebrities with mental health issues, life is often filled with tragedy and triumphs while engaging in a private and public battle. We go to their concerts and appearances, buy their music and stay glued to the television for the season’s hottest series. We watch African-American celebrities and public figures on the world stage entertain and inspire us every day, yet we pay no attention to the signs and symptoms that they are suffering in silence. Only once they spiral out of control, often into total self-destruction, do we began to wonder “if something is wrong.”Like many things that influence us, hearing about the challenges with mental illness by celebrities and public figures in our community has been helpful in “breaking the silence.” Serena Williams, Oprah Winfrey, Dwayne “The Rock” Johnson, and former Congressman Jesse Jackson, Jr. suffered from depression; Michael Jackson was said to have a condition which caused a negative preoccupation with body image; Nina Simone suffered from bipolar disorder, as do Chris Brown, DMX, and Mike Tyson; Don Cornelius committed suicide; even Dr. Martin Luther King, Jr. suffered from depression and was suicidal.

Kanye West wisely sought, and received, mental health treatment.  Is he really that different from the rest of us? Probably not as much as we’d like to think.

A cultural shift is needed to foster a climate in which friends and loved ones can seek non-judgmental support for a mental health condition. Education about mental disorders and the treatment process is a critical to reducing barriers to treatment among the African-American community. Suggestions for overcoming this barrier include public education campaigns, educational presentations at community venues, and open information sessions at local mental health clinics.

This could make the difference in helping others feel empowered to get the help they may need. Remember, I’m not a doctor. I just sound like one. Take good care of yourself and live the best life possible!

The information included in this column is for educational purposes only. It is not intended nor implied to be a substitute for professional medical advice.

Glenn Ellis, is a health advocacy communications specialist. He is the author of “Which Doctor?” and “Information is the Best Medicine.” A health columnist and radio commentator who lectures, nationally and internationally on health related topics, Ellis is an active media contributor on Health Equity and Medical Ethics. Listen to Glenn, every Saturday at 9:00am (EST) on www.wurdradio.com, and Sundays at 8:30AM (EST) on www.wdasfm.com. For more good health information, visit: www.glennellis.com