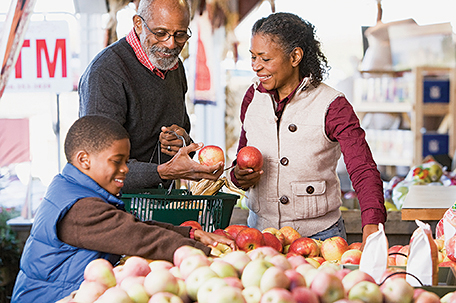 The prestigious Alzheimer’s Disease Neuroimaging Initiative —or ADNI — funded by the National Institutes of Health, is one of the largest and longest running Alzheimer’s disease trials in history. Now in the third phase of trials, researchers are studying how quickly things like reasoning and the ability to perform certain functions change in the aging brain. Researchers need to better understand the disease progression in order to speed the pace of discovery in the race to prevent, treat and cure Alzheimer’s disease.

“It is extremely important that more African-Americans get involved in the fight against Alzheimer’s disease, which affects nearly all of us in some way,” said Michael Weiner, MD, principal investigator of the study. “We need to know why and how Alzheimer’s disease progresses in African-Americans in order to discover new treatments that could significantly improve the way we treat it in the future.”

The study uses state-of-the-art imaging to monitor brain levels of two proteins called tau and amyloid, both of which are significant indicators of Alzheimer’s disease. Researchers track cognitive function through computer tests at home and in a doctor’s office, which includes measuring changes in one’s ability to handle money, a common warning sign of the disease.

“One of the biggest challenges researchers face is finding people to volunteer to take part in studies,” said Weiner. “We can beat Alzheimer’s, but we can’t do it without volunteers.”

The ADNI Study needs 800 people to enroll in sites across the United States and in Canada. Researchers are looking for people between the ages of 55 and 90 who have normal thinking and memory function, as well as those who have mild memory problems and those who have been diagnosed with mild dementia due to Alzheimer’s disease. No medication is involved.

Americans address the need to better prepare for Alzheimer’s disease