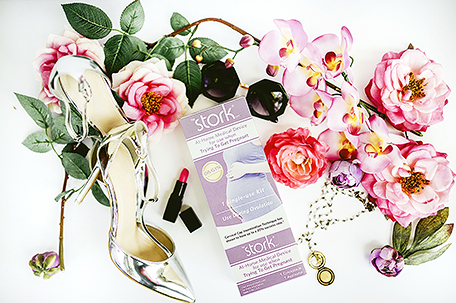 Infertility can be a difficult topic to understand for couples trying to conceive a child. Many questions arise during the conception journey concerning health, timing, and fertility treatments. So where do most couples go for guidance and support?

The Stork ib2C Inc. conducted an online survey among 150 adult consumers under the age of 45 who have been trying to conceive for at least three months and have taken action to improve fertility or would consider taking action in the future. The survey uncovered that healthcare providers are the top resource consulted about fertility at the beginning of many couples’ conception journey and during the time couples began to feel concerned. The results showed that 51 percent of respondents consulted their healthcare provider initially for fertility, and 49 percent for concerns related to fertility.

The number-one reason for concern, by a ratio of more than 2 to 1, was the number of months the couples spent trying to conceive, in addition to how long these couples thought it would take at the time they started trying to conceive. The level of concern positively correlated to couples who tried certain conception techniques, including over-the-counter (OTC) medical devices and incorporating lifestyle modifications about diet and caffeine.

The survey showed that experiences and actions changed as the respondents moved along the levels of concern. The most-concerned segment was eager to try new options. Twenty-six percent of respondents were unaware of the possibility of using an OTC medical device to improve fertility, as only 6 percent of respondents were using one; however, another 25 percent said they were considering it. This is where The Stork OTC can help.

The Stork OTC home conception device is a low-cost option that affords couples the opportunity to increase their fertility without engaging in long-term and costly treatments. There are no shots to take, scans to schedule or prescriptions to fill. The FDA-cleared, over-the-counter device provides a way to keep higher sperm score concentration at the cervix compared with natural intercourse by cervical cap insemination.