How one common household ingredient can kill children’s head lice 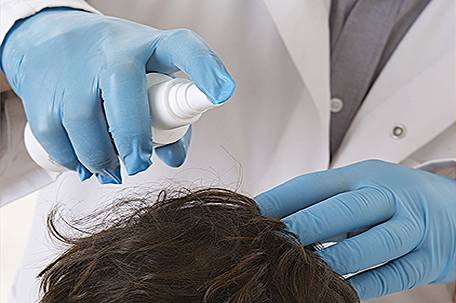 For Wendy Langley, a nightmare ordeal with head lice has turned into a multimillion dollar dream. With sheer determination and passion, the Oregon mother has turned the head lice industry on its head with a product that kills lice with, of all things, salt. And it’s all because she was trying to protect her child, and millions more just like her.

“When my daughter was in elementary school she had her first attack of head lice,” says Langley. “So I went to the pharmacy to find a treatment. I opened the bottle and was taken aback by the smell that came from it. It smelled like bug spray. I thought, ‘I’m going to put this on my daughter’s head?’”

At home, Langley did what millions of Americans do each year and put the toxic product on her daughter’s scalp. It was a traumatic experience that wracked Langley with guilt. She instructed her daughter to hold a towel over her forehead to keep the liquid from getting in her eyes. “It was horrible,” says Langley, “we were both crying.”

The trauma of that experience lingered with Langley. “All I could think about was all the parents out there who were facing the same horrible ordeal that I did.” With that, she became a mother on a mission to help her daughter and the millions of parents looking for a non-toxic and safe alternative to killing lice.

After months of research, she found the silver bullet she was looking for: natrum muriaticum, also known as sodium chloride, or common table salt. It was a safe active ingredient that the lice couldn’t survive or build a resistance to.

“It was just one of those ‘aha’ moments, that hit me like a brick,” says Langley. She worked with a top formulation scientist from a local university to create a gel version of the product. But the gel had to be left on the hair for an hour to kill the lice. Langley knew that, to be successful, she needed something that would begin killing lice on contact. Her determination and persistence eventually led to the creation of Licefreee! Instant Lice Killing Spray in 2009.

The unusual product proved to be 100 percent effective killing lice and their eggs in independent laboratory testing. Langley was elated. Licefreee Spray found its way on to more than 20,000 drug store shelves, including Walmart, Walgreens and Dollar General, within the first two years of its introduction and has become a runaway hit. To see for yourself how well the product works, view the video of how salt kills head lice at http://licefreee.com.

The new STD that can kill you