Health plan sticker shock ahead for some buyers 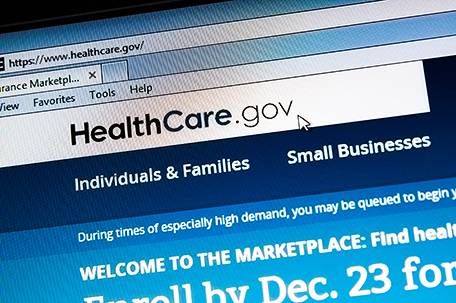 CHICAGO — As a key enrollment deadline hits Monday, many people without health insurance have been sizing up policies on the new government health care marketplace and making what seems like a logical choice: They’re picking the cheapest one.

Increasingly, experts in health insurance are becoming concerned that many of these first-time buyers will be in for a shock when they get medical care next year and discover they’re on the hook for most of the initial cost.

The prospect of sticker shock after Jan. 1, when those who sign up for policies now can begin getting coverage, is seen as a looming problem for a new national system that has been plagued by trouble since the new marketplaces went online in the states in October.

For those without insurance – about 15 percent of the population- “the lesson is it’s important to understand the total cost of ownership of a plan,” said Matt Eyles, a vice president of Avalere Health, a market analysis firm. “You just don’t want to look only at the premium.”

Counselors who have been helping people choose policies say many are focused only on the upfront cost, not what the insurance companies agree to pay.

“I am so deeply clueless about all of this,” acknowledged one new buyer, Adrienne Matzen, 29, an actor in Chicago who’s mostly been without insurance since she turned 21. Though she needs regular care for asthma and a thyroid condition, she says she’s looking for a low monthly premium because she makes less than $20,000 a year.

Hospitals are worried that those who rack up uncovered medical bills next year won’t be able to pay them, perpetuating one of the problems the new health care system is supposed to solve.

The new federal and state health insurance exchanges offer policies ranked as bronze, silver, gold and platinum. The bronze options have the lowest monthly premiums but high deductibles – the amount the policyholder must pay before the insurer picks up any of the cost of medical care.

On average, a bronze plan’s deductible is more than $4,300, according to an analysis of marketplace plans in 19 states by Avalere Health. A consumer who upgrades to a silver plan could reduce the deductible to about $2,500. A top-of-the-line platinum plan has the lowest average deductible: $167.

Comprehensive data on premiums isn’t available, but in one example, a 30-year-old in Chicago would pay an average of $222 per month for a bronze plan, $279 for a silver or $338 for a platinum.

The complexities of insurance are eye-glazing even for those who have it. Only 14 percent of American adults with insurance understand deductibles, according to one recent study.

The danger of a wrong snap judgment is great for those under financial pressure – especially those with modest incomes who make too much to qualify for the government subsidies available under the new health care system. Subsidies aren’t available for individuals making more than $45,960.

Most of the uninsured make less than that, but many still pick the cheapest plans.

Some applicants see the catch.

“The real big surprise was how much out-of-pocket would be required for our family,” said David Winebrenner, 46, a financial adviser in Lebanon, Ky., whose deductible topped $12,000 for a family of six for a silver plan he was considering. The monthly premium: $1,400.

While the health law makes many preventive services free – such as vaccines, blood pressure screening and mammograms – most medical care is paid out of pocket until the deductible level is reached. Some of the new plans offer limited coverage for certain services before a patient has met the annual deductible. These services can include primary care, some prescription drugs and routine care for common chronic conditions such as high blood pressure and diabetes.

It’s unclear how many plans provide this feature, and it may not be easy for consumers to tell.

Lynn Quincy of Consumers Union, a public policy group, suggests that consumers narrow their options to five plans, then go to each insurer’s website to read the benefits summary. It spells out who pays what for two common situations: having a baby and managing Type 2 diabetes.

To be sure, the new health law did away with the whopping deductibles in plans previously offered to people without employer-provided coverage. Out-of-pocket costs are now capped at $6,350 for individuals and $12,700 for a family.

But some people who have been paying their own medical bills, or leaving them unpaid at the hospital, seem surprised that health insurance doesn’t cover more of the costs.

“They previously had no insurance coverage at all and so they might not be happy,” said Cynthia Rahming, an enrollment counselor in Houston.

Some who had private insurance policies that were canceled may find that keeping the same deductibles may mean higher premiums.

In California, Diane Agnone complained in an online post on her state’s health marketplace. “How is this affordable? I am a healthy 62-year-old single woman and these new premiums will cost me over $200 more per month than my existing plan.”

The new insurance system requires policies to cover more services than some consumers had chosen to buy in the past.

“It’s all a matter of having a budget and it only goes so far,” said Agnone, an executive with a nonprofit charity based in Fairfield, which is about halfway between San Francisco and Sacramento. “There is no winning in this.”