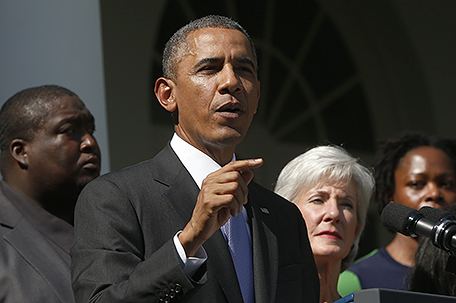 WASHINGTON — The Obama administration says more than 5 million people have signed up for private health insurance under the new health care law.

That still leaves about 1 million to go over the next two weeks for the White House to meet its latest goal of 6 million enrolled by March 31.

That would work out to more than 70,000 people a day. And some independent analysts say that’s a stretch.

March 31 is the last day to enroll for a taxpayer-subsidized health plan through the new online markets, or exchanges.

It’s still unclear whether the White House will grant an additional grace period for people who’ve started — but not finished — their applications by that date.