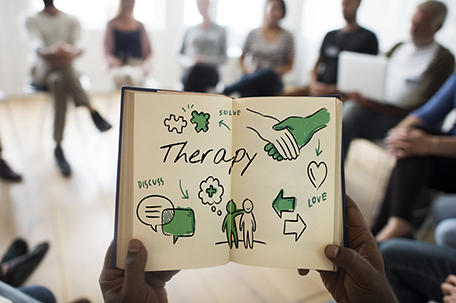 President Trump and Republican Congressional leaders justifiably want to curb the alarming growth in government healthcare spending. Their proposed solution? Cut $880 billion in federal funds from Medicaid over the next ten years.

Their plan wouldn’t necessarily reduce government spending. At best, it would just shift the burden from federal taxpayers to state taxpayers. In fact, such cuts could increase overall government spending. That’s because Medicaid is the most important financing source of mental health services.  Expanding access to mental health services would yield billions in savings — and produce a healthier population.

Mental health conditions are the most expensive medical conditions in the country. In 2013, the United States spent more than $200 billion treating mental health disorders. That total is about $50 billion higher than what was spent combating heart conditions.

Patients are all too familiar with this financial burden. Healthcare costs for the average Medicaid adult who doesn’t have any chronic conditions total $4,600 each year, according to the Partnership to Fight Chronic Disease, the non-profit I lead.  But for Medicaid adults suffering from a mental health condition, annual healthcare spending more than doubles, reaching a whopping $11,200.

Consider the workplace. Due to decreased performance, absenteeism, and other factors associated with mental health conditions, mental illnesses cost employers billions each year.

Or consider the prison system. Unfortunately, more than eight of every ten inmates don’t have access to mental health services and support. Without proper treatment, inmates are put at a severe disadvantage when they’re released. Many succumb to homelessness. Others relapse into criminal behavior and wind up back in prison.

Lost productivity, additional jail time, and other societal costs associated with mental illness will drain an additional $3 billion from state budgets by 2030.

But that doesn’t have to be the case. Depression, anxiety, schizophrenia and other mental health disorders are treatable diseases. With sensible policy solutions that prioritize access to mental health services, states could realize enormous savings — and cultivate healthier populations.

For example, by boosting inmate access to effective mental health services and innovative treatments, states could drastically reduce the number of mentally-ill inmates who received extended or recurring jail sentences. That adds up to nearly $9 million dollars per year in savings.

The same is true for the workplace. Increasing access to necessary services and detecting mental health issues early on would slash cases of absenteeism and help employees become more productive. Businesses could save millions of dollars each year.

Adopting these new policies could save states upwards of $475 million each year. That’s $7.1 billion in savings by 2030.

The solution to rising healthcare costs is simple: our government saves money when we have a happier and healthier population. Any lawmaker — or businessman president — would be foolish to cut mental health services that yield tremendous savings.

Kenneth E. Thorpe is a professor of health policy at Emory University and chairman of the Partnership to Fight Chronic Disease.