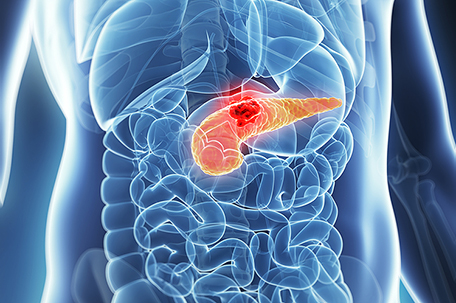 “You have pancreatic cancer” might be one of the most frightening statements a person can hear from their doctor. Unlike other forms of cancer, pancreatic cancer is rarely caught before it is in an advanced stage and has spread, and the median life expectancy after diagnosis with advanced or metastatic disease is only approximately three to six months.

Recently, the Pancreatic Cancer Action Network in collaboration with Celgene issued results from “The Pancreatic Cancer Survey: Learning through Experiences,” the first national survey of nearly 400 people with any stage pancreatic cancer and caregivers. The survey uncovered the complexity of diagnosis and the significant impact management of the disease has on patients’ and caregivers’ lives.

Julie Fleshman, president and CEO of the Pancreatic Cancer Action Network, provides insight into the results from this survey and an overview of the resources available for these patients and their caregivers.

Q: Why is pancreatic cancer considered one of the deadliest cancers in the United States?

Q: What were some of the key findings of “The Pancreatic Cancer Survey: Learning through Experiences?”

A: Diagnosing pancreatic cancer is often difficult because symptoms are common and could be attributed to many other conditions. In fact, the survey revealed an average gap of 2.4 months between the appearance of symptoms and pancreatic cancer diagnosis.

Not surprisingly, the survey results also showed that patients reported that they suffered emotionally from the trauma of diagnosis, feeling shocked (37.0 percent), scared/anxious (24.5 percent) and devastated/heart-broken (16.3 percent), by the news of the diagnosis. In essence, the survey confirms that the time immediately following diagnosis can be emotional and confusing, making it even more challenging to make critical treatment decisions. However, it is important that patients and their caregivers take charge of the situation by talking to the treating physician about the various treatment options available to them.

Q: What did this survey reveal in terms of patient awareness of clinical trials?

Q: Where can individuals find out more information about these clinical trials and other resources?

Dermatologists may unknowingly be misdiagnosing a rare form of cancer