Where do we expect Black children to learn about mental health? 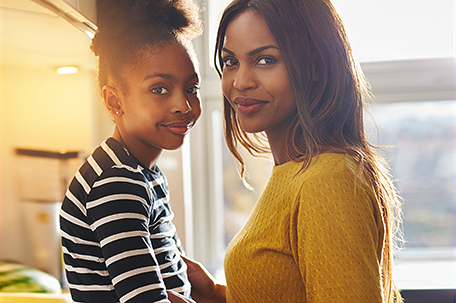 Issues that have been plaguing people behind closed doors take center stage when our stars let us in to their personal battles. Singer Tweet opening up about depression and actress Lisa Nicole Carson writing about living with bipolar disorder are just two of the few stories about Black people and mental health that make it to our eyes.

Millions of Americans suffer from mental illness, but in our community there’s a hush hush policy on the disease. While the signs can be overt as emotional outbursts or violent fits, others aren’t so easy to detect. It could be your co-worker who sweats excessively because they’re tense at staff meetings, or your best friend whose surprisingly quiet and reserved lately due to the loss of a recent relationship. We all walk in the midst of people in need for mental health attention everyday. Some of us are recognizing the need for this and taking action, While a lot of our people still have this thing about mental illness.

“This thing” we speak about keeps many of our people from reaching the doctor and discussing our feelings. In a culture where we don’t speak about certain things, going to a shrink is counterculture in a way. However, mental illness in the Black community is undeniable. The numbers speak where mouths don’t express the need. According to Mental Health America adult Blacks run a 20 percent greater risk of reporting psychological distress. Experts say that a number of factors help account for this increased risk. Barriers include attitudinal differences that affect the openers to address the issue, cultural disregard for mental health issues and environmental differences contribute to the growing gap of knowledge about mental health in the Black community.

Latria Graham’s article for Marie Claire shows us the clear challenge of living in a world as a youth where mental illness isn’t embraced by Black culture.

In the article, Graham writes:

“My parents diminished the severity of my issues. My mom went so far as to call my disorder a “white girl’s problem”—she said it was basically a luxury issue. I am the daughter of a farmer and an entrepreneur, and their day-to-day problem-solving skills are meant to handle issues like food, water, shelter, and money, so mental health just wasn’t a tangible enough issue.”

Students from low income backgrounds feel the impact of their communities even as they enter the assumed safe space of schools. School leaders are concerned about the traumatic experiences their students go through. Bejeray Morrison, a high school college counselor for a low income high school in Chicago, says that it’s almost impossible to expect students to not be affected by the places they reside.

“Adulthood is often thrust upon our youth before it’s their time. Not only do they start working early, but they start grappling with deep emotional issues before their minds are fertile enough to embrace it,” Morrison explained. “There’s a constant reminder of pain as my students walk down the street. Friends and family dying has got to shake the minds of our kids. Why wouldn’t it ?”

Morrison has been working in the South Chicago community for years and she sees firsthand the impact that trauma has on college attendance. In her quest to get kids enrolled in college, she unpacks the layers of emotional baggage that comes with this issue of mental health support.

“We need more mental health counselors that embrace our student’s story. They don’t know they’re hurting because society tells them they’re supposed to be tough. So they go off to college and aren’t learned to be self aware, reflective and seek out the appropriate support. Literally, our kids won’t ask for help. My fight is for the kids who don’t get the chance to have a clear conscious.”

Mental Health America Adult says that Blacks living below poverty are two to three times more likely to report serious psychological distress than those living above poverty. Because of this, public schools on all levels have started to identify the need for mental health support in the  schools. Social-emotional learning is a popular component at many primary and secondary schools. First Lady of New York City, Chirlane McCray, said the city is pooling its efforts to address the mental health needs of New York City Public School students.

“We also plan to teach social–emotional learning to students in about 90,000 pre-K programs and early learning sites, and we will provide every New York City public school with a mental health consultant who can support the school in emergency cases and create curricula.”

President Barack Obama’s new Mental Health and Substance Use Disorder Parity Task Force was created to address this vast need. The plan will fill a big mental health gap which is lack of insurance coverage, a problem that 29 percent of Black people say they have. He released a memorandum outlining this plan to erase America’s growing problem: