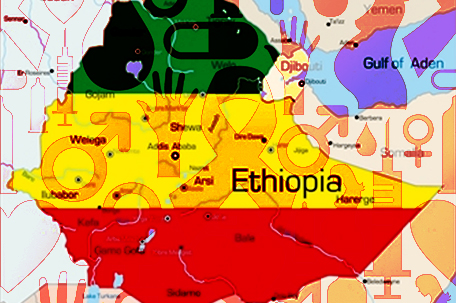 ADDIS ABABA, Ethiopia — More than 3,300 people were tested for HIV Sunday in the Ethiopian region of Gambella, a massive turnout that exceeded expectations among AIDS campaigners who had hoped to test 2,000 people, according to local officials.

Rahel Gettu, an official with the U.N. Aids  agency in Ethiopia, said they believe they broke the world record for the number of HIV tests carried out in one day. She said their claim was yet to be verified and confirmed by Guinness World Records.

She said 3,383 people were tested for HIV within eight hours in a single event ahead of World Aids Day. Eighty-two of them received positive results.

About 6.5 percent of Gambella residents have HIV or AIDS, a rate higher than the national average of 1.5 percent. Officials hope that voluntary AIDS testing in this region that borders South Sudan can lead to a reduction in the number of new infections.

“It will help to bring together communities. It helps people to know their status in order to make informed choices about their lives forward,” said Seid Alemu, a director at Ethiopia’s Federal HIV/AIDS Prevention and Control Office, referring to voluntary testing for HIV.

Millions of Africans live with HIV or AIDS, and many get infected each year despite widespread international efforts to stem the epidemic. The U.N. Aids agency warned ahead of World AIDS Day that, unless action is scaled up in the next five years,”the epidemic is likely to spring back with a higher rate of new HIV infections than today.”

The agency is urging more funding for AIDS in an approach that focuses resources and efforts on 30 countries that together account for 89 percent of new HIV infections worldwide.

Williams calls for community campaign to educate Philadelphians on HIV/AIDS