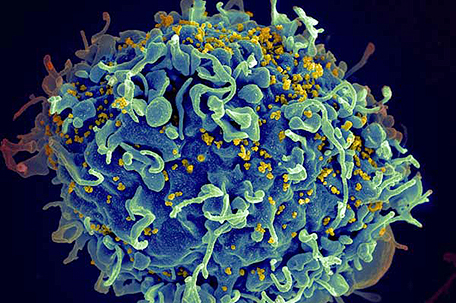 A Norwegian drug firm announced an advance in its quest for an HIV cure with a drug combination which seeks to force the virus out of its hiding place and kill it last week.

“This is a major achievement on the path to a functional cure for HIV,” Bionor spokesman Jorgen Fischer Ravn told AFP.

There is no cure for the disease AIDS, caused by HIV. but anti-retroviral treatments help people live longer, healthier lives by delaying and subduing symptoms.

In some who undergo treatment, however, the virus takes cover in cells and hides away, only to reemerge once therapy is stopped.

This latency has been one of the biggest hurdles in developing a cure.

“Waking up” the virus and then destroying it—the so-called “kick-and-kill” approach—is a promising strategy for ridding patients of HIV.

Bionor’s approach involves an anti-cancer drug called romidepsin to wake up the dormant HIV, and a vaccine called Vacc-4x to prime the body’s own immune T-cells to recognise and destroy the virus.

No one has yet been cured of AIDS.

Thirty-nine million people have died of AIDS, according to UN estimates, and about 35 million are living with the immune system-destroying virus today, overwhelmingly in poor countries.

Report: Transplant may have cured man of AIDS