Despite strides against all cancers, liver cancer rates on the rise 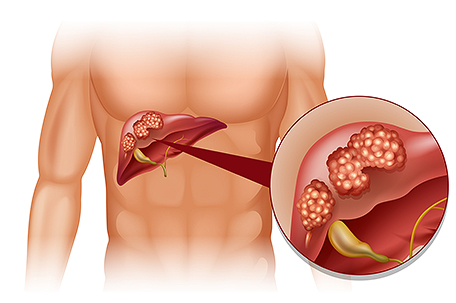 More people are surviving cancer, according to the American Cancer Society (ACS). From 1991 to 2012, the rate of cancer deaths declined about 23 percent. Despite that progress, one type of cancer has actually become more common – liver cancer. New cases have tripled in the past 36 years and death rates also increased during this period. From 2003 to 2012, death rates increased by 2.7 percent per year. In 2016, the ACS estimates more than 39,000 new cases will be diagnosed and over 27,000 people will die from liver cancer.

What’s driving the increase in liver cancer when so many other types of cancer are declining? Multiple factors could be in play, says Thomas F. Nealon III, national board chair and CEO of the American Liver Foundation (ALF).

“Decreased tobacco use, as well as improvements in detection and treatment, is thought to have contributed to the overall decline in cancer death rates,” Nealon notes. “However, researchers have found an increase in heavy drinking and binge drinking in some areas of the country. Other significant liver cancer risk factors such as obesity and hepatitis have also increased.”

Education, increased awareness and early detection have helped drive decreases in some of the most common forms of cancer, including breast, colorectal and prostate cancers. Among other advocacy and research organizations, ALF and Bayer hope to achieve the same success with efforts to boost awareness of liver cancer.

“It’s important for people to learn about liver cancer risks, the value of early detection and liver cancer treatment options,” Nealon says. “Our Are You At Risk? campaign aims to provide actionable information in the fight against liver cancer.”

Liver cancer can be difficult to detect in its earliest, most treatable stages, so it’s important to be aware of liver cancer risk factors and what you can do to reduce your risks. It may be possible to reduce liver cancer risks by limiting alcohol consumption, eating a healthy diet, controlling weight and protecting against Hepatitis B and C. These are the most common risk factors thought to contribute to liver cancer, along with family history.

Other risk factors include:

•   Being of a certain ethnicity – Asian Americans and Pacific Islanders have the highest liver cancer rates in the U.S.

•   Travel – People may be exposed to Hepatitis B while traveling in countries where the disease is common.

Only a doctor can diagnose liver cancer, but it’s important to be aware of possible symptoms. Liver cancer signs often don’t appear until later stages, but talking to a doctor at the first sign of a problem could aid in earlier detection.

•   Pain in the abdomen or right shoulder blade

•   Fluid buildup or swelling in the abdomen

“As with many forms of cancer, early detection can make a difference in treating liver cancer,” Nealon says. “Being aware of risk factors and symptoms could help people get diagnosed and begin potentially life-saving treatment much sooner.”

To learn more about liver cancer, visit the ALF website.