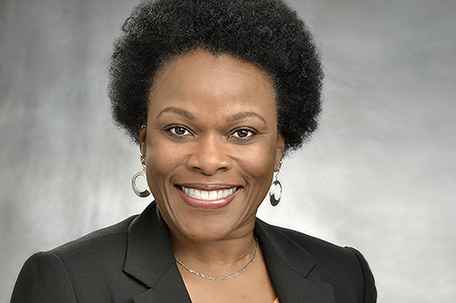 HAMPTON, VA–Debra Flores, president of Sentara CarePlex Hospital, was three months late for her annual mammogram when she drove to the Dorothy G. Hoefer Comprehensive Breast Center for her scan. Months earlier, Flores had found money in her hospital’s budget to purchase the first 3D mammography device, also known as Tomosynthesis, to pilot the new technology for the Sentara Cancer Network. That afternoon, radiologist Kelley Allison, MD, saw cancer in both of Debra’s breasts, including a tiny Stage ‘0’ tumor.

“Without 3D mammography, that second tumor might have been missed,” said Flores. “In retrospect, my decision to purchase Sentara’s first 3D mammography device was providential.”

After consulting with Sentara surgeon Richard Hoefer, MD, Flores elected to have lumpectomy performed on both breasts and Dr. Hoefer prescribed six and a half weeks of daily radiation. Flores is now cancer free and committed to fulfilling a personal mission to encourage women to take responsibility for their bodies and demand 3D mammography knowing firsthand the critical importance of earlier detection.

“This technology is a game changer,” Flores said. “Women need to take advantage of it.”

Clinical data suggests that 3D mammography identifies smaller tumors at earlier stages than traditional digital mammography and reduces callbacks for biopsies, due to its ability to differentiate between benign masses and cancerous tumors, even in dense breast tissue. In a Sentara Cancer Network study of 1,400 breast cancers diagnosed through the use of 3D technology, the following success metrics were revealed:

• 53 percent increase in diagnosis of in

• 35 percent increase in diagnosis of can

“Sentara’s organizational structure and culture of innovation were essential for implementing this technology at eight sites across Virginia in less than one year,” said Kelley Allison, MD, a fellowship-trained radiologist and co-chair of the Breast Program Leadership Committee of the Sentara Cancer Network. “I am proud that our committee led the way in evaluating and adopting this invaluable 3D mammography service for patients.”